Mim Suleiman appeared like a goddess from behind the stage décor with a beaming smile and a promise to ensure we all enjoyed ourselves to her music. 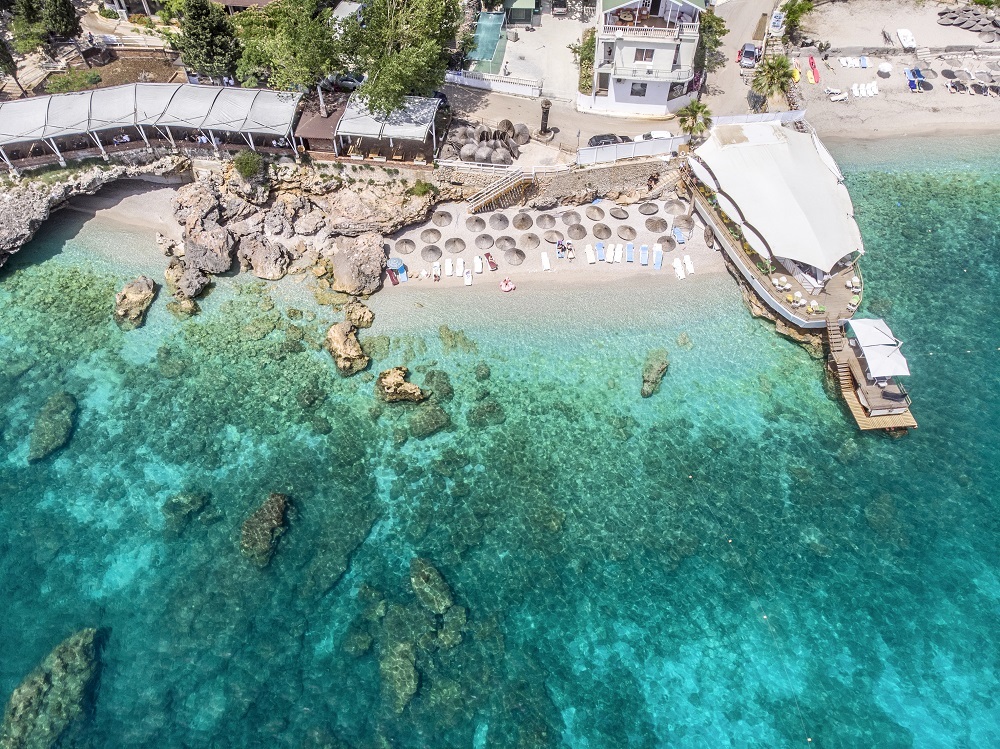 The buzz following Kala’s debut week-long event in 2018 meant the festival not only doubled in size for 2019, it also sold out in advance. This ambitious growth by such a young event proved wise as, even with a couple of hiccups, this was another impressive seven days of relaxing days in the sun coupled with lively all-night parties. 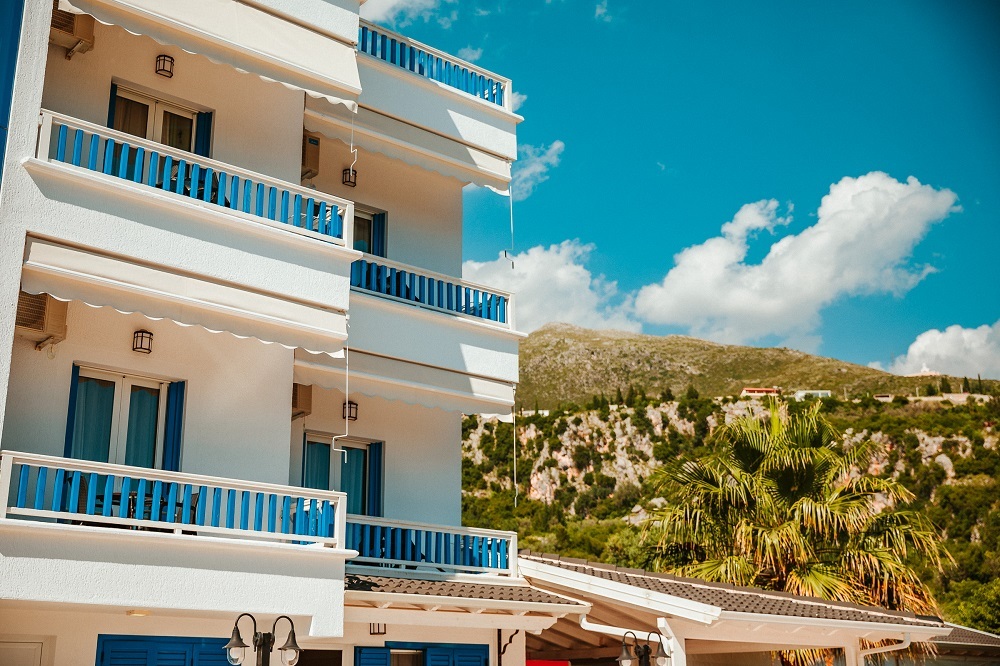 Accommodation in hotels, beach huts and private houses in Dhërmi – the heart of Kala – and Drymades was again included in the package booked with all tickets, creating a stronger festival community than last year: it was just as easy to bump into fellow wristband holders at restaurants and beaches outside the main festival strip as it was within. Meanwhile a shift to cashless bars made for a welcome speedy bar with no fumbling for Euros or local Lek, however having to pay for all food in cash was at times a challenging affair with cashpoints proving unreliable. Far more reliable was the quality of stages and music.

The Dhërmi stages were given an upgrade and made more distinct form each other. The Empire stage was the Kala centrepiece, now reserved only for the biggest live acts and DJs from Thursday to Sunday when the festival was at capacity. Frequently packed out, it was here we’d see a seminal set live set from Inner City that saw hits ‘Big Fun’ and ‘Good Life’ galvanise a big response from the crowd thanks largely to singer Steffanie Christi’an’s engaging presence. Theo Parrish’s five hour set was one of typical eclecticism (few can do jazzy interludes among house and techno bangers like him), while Hunee, Midland and Job Jobse were lively affairs. 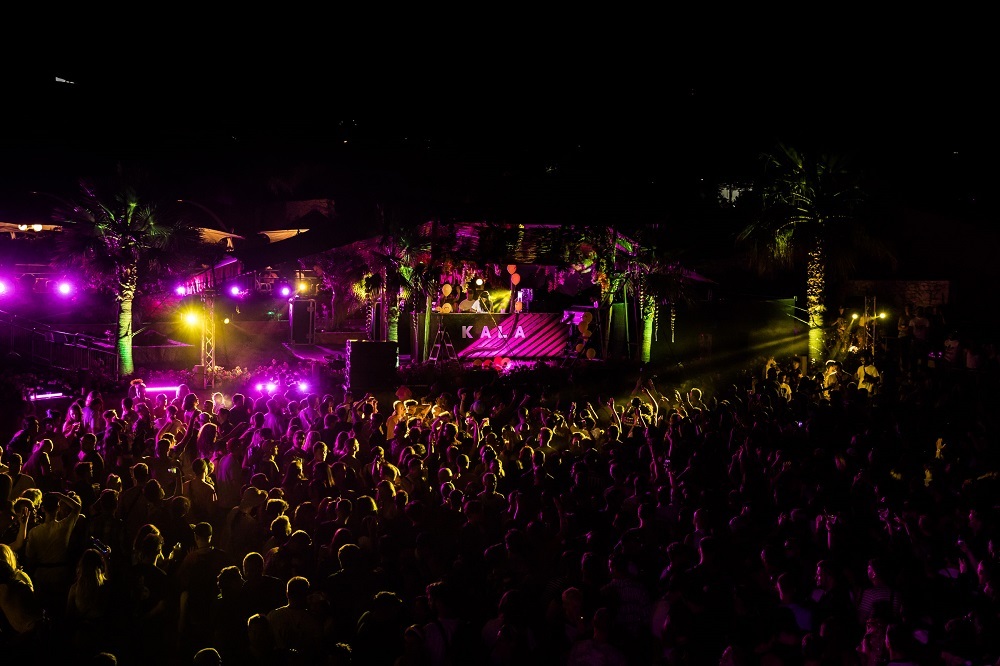 Although Honey Dijon brought arguably the biggest crowd to Empire for its opening headline set on Thursday, night, her set was disappointingly flat. Her two hours was peppered with remixes of floorfillers such as ‘Good Life’, ‘Gypsy Girl’ and ‘You Don’t Even Know Me’, yet they lacked the spice so often heard in Dijon’s performances. Equally Hercules & Love Affair struggled to really get the crowd going early on the Friday night.

The Splendor stage was given a makeover this year as it became the unofficial second stage running all night from Thursday to Monday. A wooden dancefloor made it easy to throw shapes and Jayda G proving so popular it would be one in, one out for her set. Oslo club Jaeger provided a Norwegian takeover on the Sunday night with Olanskii, Prins Thomas, Oyvind Morken and Bjørn Torske throwing in curveballs such as Depeche Mode’s ‘Enjoy the Silence’ that Derrick May’s five house of Detroit techno would have benefited from. 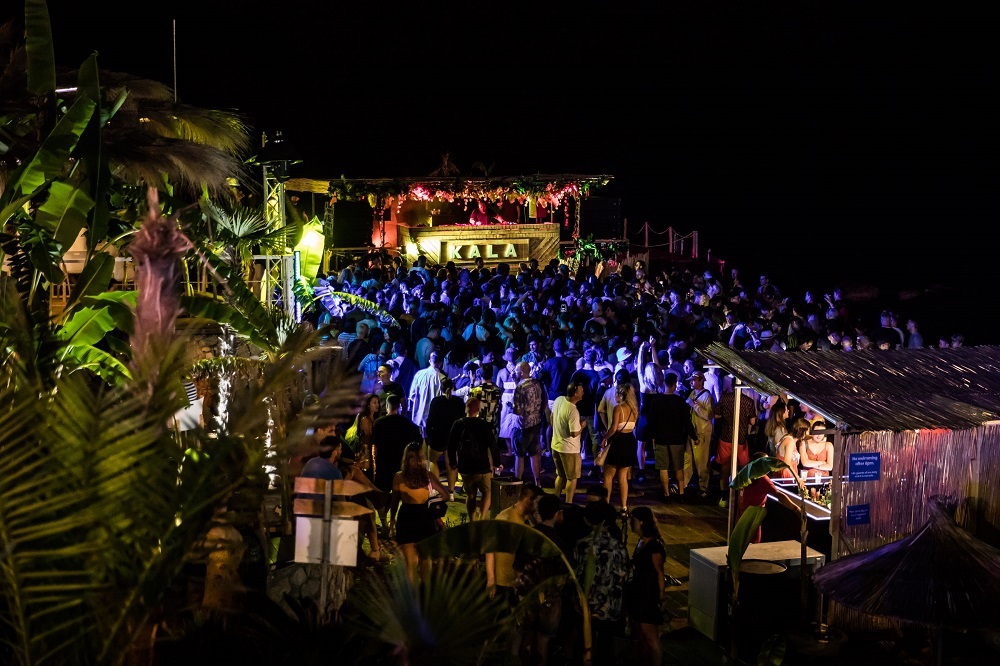 Our best night there would be on Monday thanks to Heels & Souls, Jenifa Mayanja and Mim Suleiman. Heels & Souls got the party started with a few surprises such as EKO’s ‘Ndolo Embe Mulema’ while Mayanja’s closer - Masters at Work’s remix of The Brand New Heavies’ ‘Close to You’ – summed up the feelgood factor she created. Mim Suleiman appeared like a goddess from behind the stage décor with a beaming smile and a promise to ensure we all enjoyed ourselves to her music, and battled admirably with inconsistent sound issues to keep us bouncing until the early hours with a huge smile on her face. 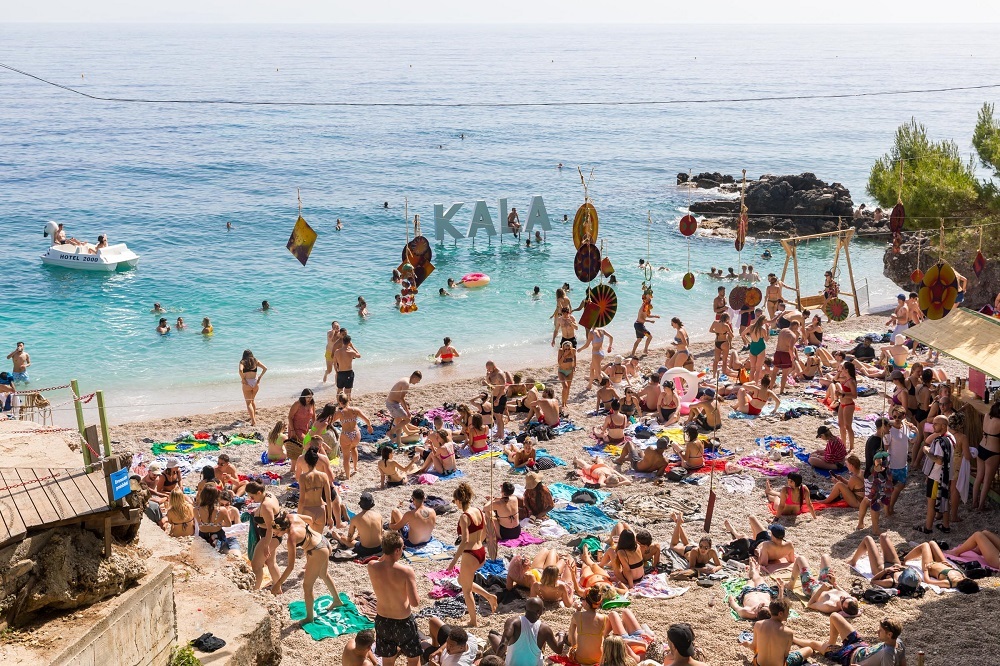 The Cove was the place for blissful music by day while hanging out by the sea, with an early evening live set from Thursday to Sunday. We’d catch a more ambient-than-expected live set from The Pilotwings and an inventive blend of jazz and beats from Joe Armon-Jones and Maxwell Owin – both benefitting from the most intimate of settings at Kala. On the first night Psychemagik provided a low key warm up, but on Monday night’s Feelings takeover with a centrepiece performance from LTJ Bukem, it was party central for many. 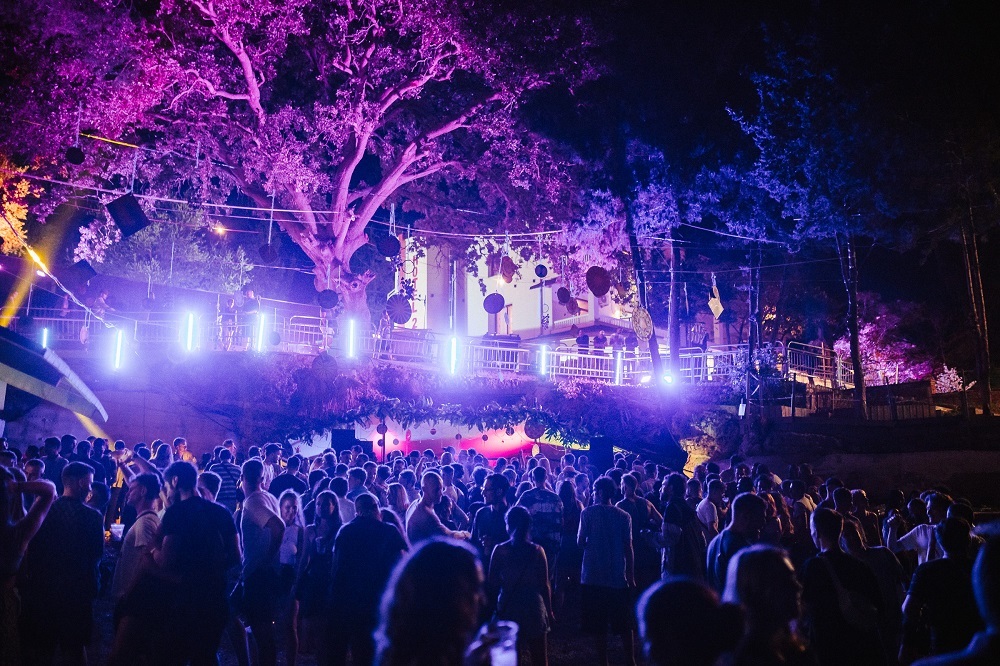 Our favourite stage with the consistently fun vibe was the Yacht Club. From the Wednesday when special guests were breaking out classics such as Larry Heard’s ‘The Sun Can’t Compare’ and rave tunes such as The Chemical Brothers’ latest, ‘MAH’, through to World Unknown’s all night takeover with Jaye Ward, Jane Fitz and Andy Blake through to the final sets on Tuesday night, this was so often the place to be. 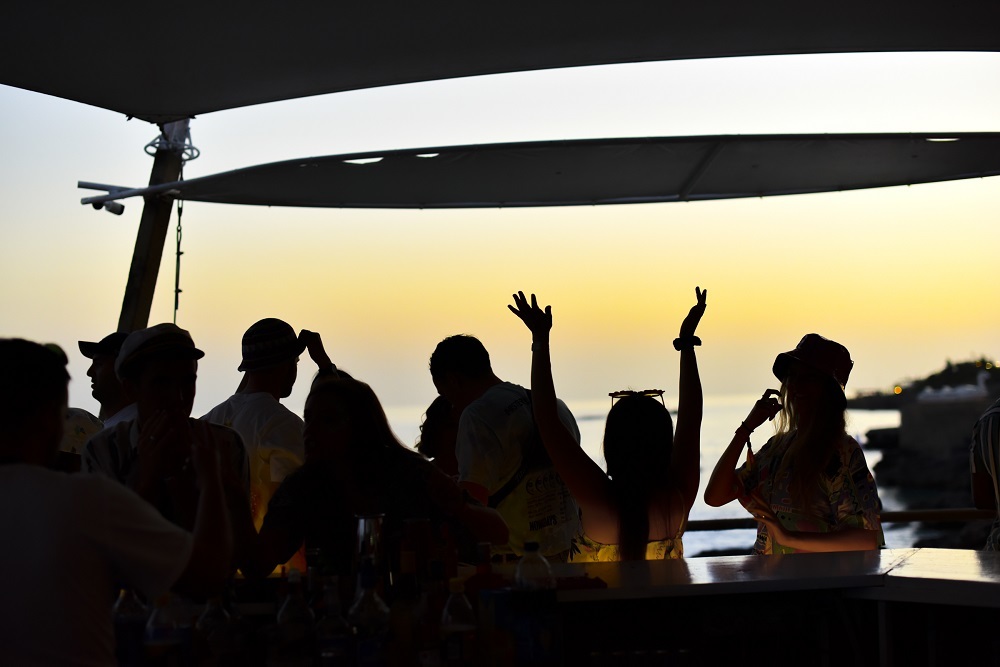 By day more chilled tunes would often be heard, such as when Feelings’ residents DJ Karl Karlson and Brian Summers got control, but when The Menendez Brothers took us on a musical journey that ranged from Steve Monite ‘s ‘Only You’, Jon Cutler’s ‘It’s Yours’ and Hardrive’s ‘Deep Inside’ through to D Double E’s ‘Street Fighter Riddim’, Octave One’s ‘Black Water’ and a showstopping closer in the form of The Communards’ ‘Don’t Leave Me This Way’, the Yacht Club showed its night time strengths. Fred P’s evolving set from percussion-based house through acid such as Felix Da Housecat and Kristin Velvet’s ‘Acid Picky’ and into deep house was another highlight.

Set in a canyon offering more intrepid explorers the chance to climb up to a dry waterfall, Gjipe residents spun tunes in a clearing not far from the beach. 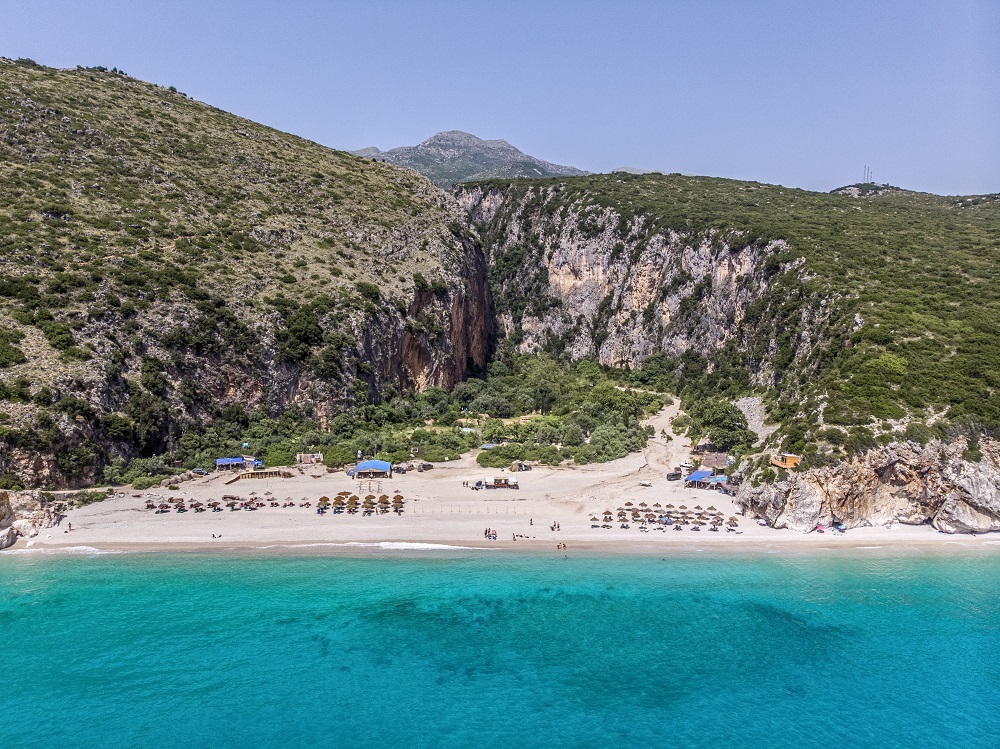 Away from the action at Dhërmi, the beach parties at Gjipe remained a must-see element of Kala. Set in a canyon offering more intrepid explorers the chance to climb up to a dry waterfall, Gjipe residents Brian Not Brian, Jan Schulte, Jamie Tiller, John Gómez, Lauren Hansom, Nick The Record spun tunes in a clearing not far from the beach. Even the boat ride to and from this hidden gem was lively, and there were plenty of bars to hang out in or trees to sit under if partying in the sun got too much. 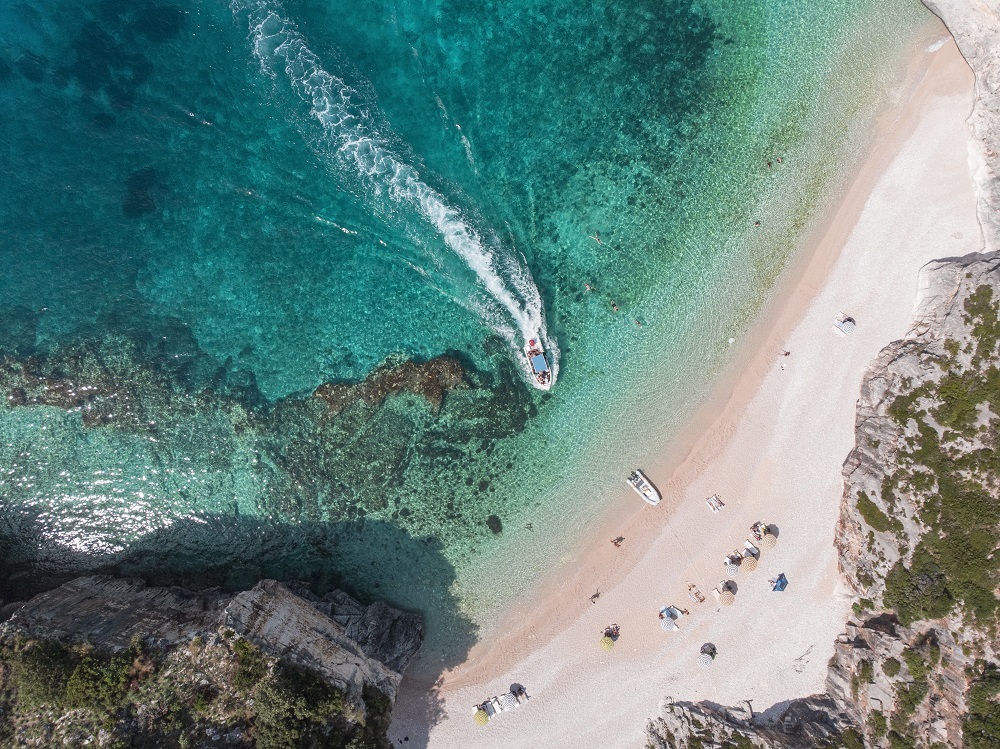 Sadly, the secret beach parties, a new addition for 2019, were cancelled after Hunee’s edition owing to issues with the boat company, however Kala were able to offer an extra day at Gjipe for those with tickets where Jayda G and Hunee would join the residents for an unbilled b2b set. 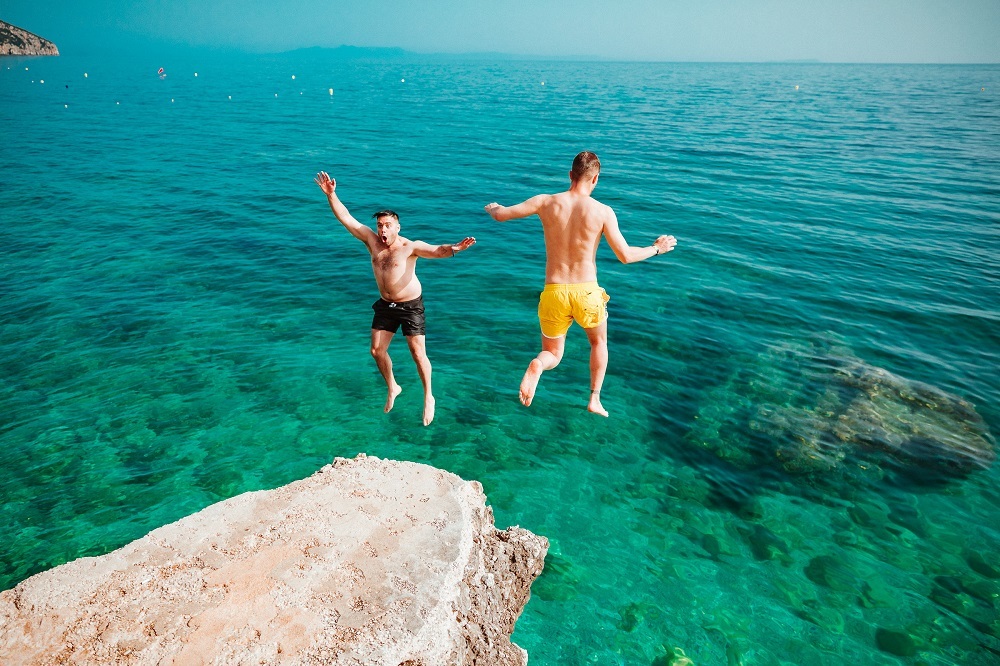 The wellness programme drew praise from all we spoke to about the mix of activities such as yoga, sound journeys and gong baths, and were largely sold out ahead of the festival. Our Monday excursion took us to Porto Palermo Castle and Jala Bay by speedboat for a change of scene on the Monday, though would have benefitted from the opportunity to enjoy more of the secluded nearby beach with its still waters rather than rushing off to Jala where the setting was not too dissimilar from Dhërmi’s main stretch. We’d end our Tuesday with sunset kayaking up to Drymades to cap off our week before a final dance to Francois K at The Cove and DJ D. Dee at – of course – the Yacht Club, capping off a very fine week at Kala. 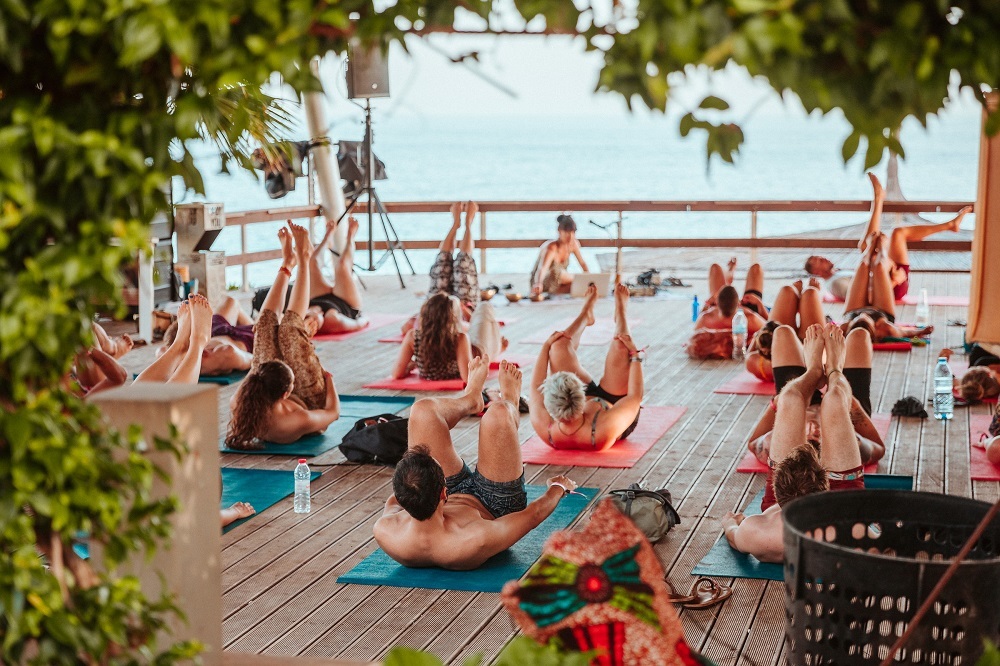 What impressed the most about Kala this year is the careful curation of each of the stages and an understanding of how a doubling in audience could be spread across them. Although noticeably busier, there were only a handful of peak times when you could feel the 3,000 people mingling, but it was always possible to find a quiet corner if needed (often with the comfort of the sea). Indeed, for those foodies on site, it was also a dream – the vast majority of restaurants in and out of the Kala main strip are both of high quality and extremely good value – much like the increasingly strong reputation Kala has built after only two editions. 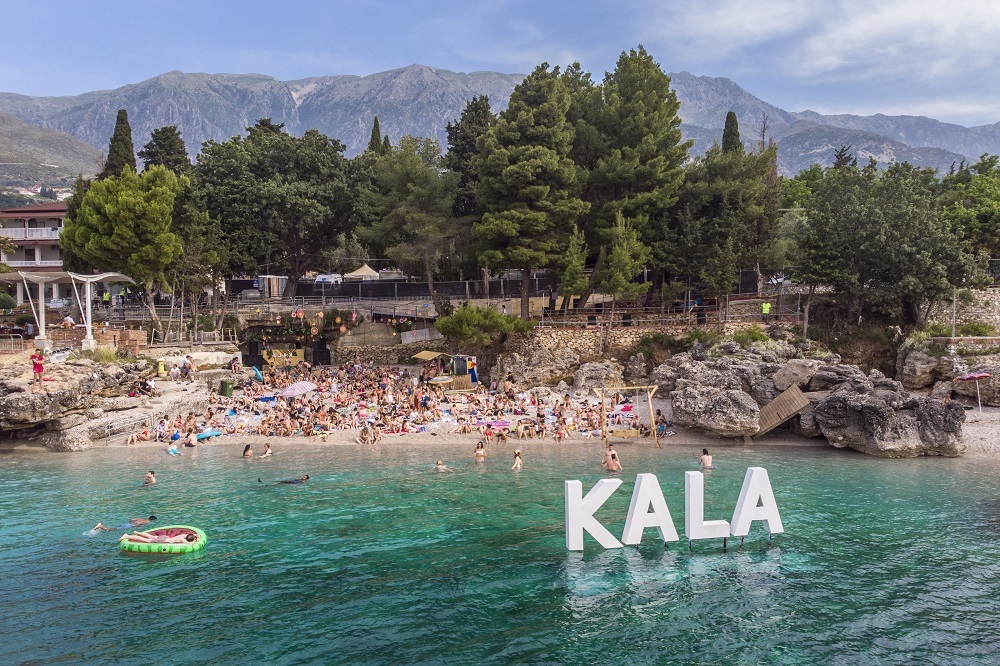 For more images, check out our photo set. Watch the highlights video on YouTube below, Sign up for Kala Festival 2020 tickets at kala.al.