Junction 2 Festival returned on Friday, June 6th and Saturday, June 7th, extending its five stages of house and techno over two days in London’s Boston Manor Park. On the Saturday, acts such as Max Cooper, Ida Engberg, Craig Richards, Richie Hawtin, Tale of Us, Dax J and Joseph Capriati took to the decks. Mike Barnard was there.

It was The Woods where we heard the most vibrant music of the day. 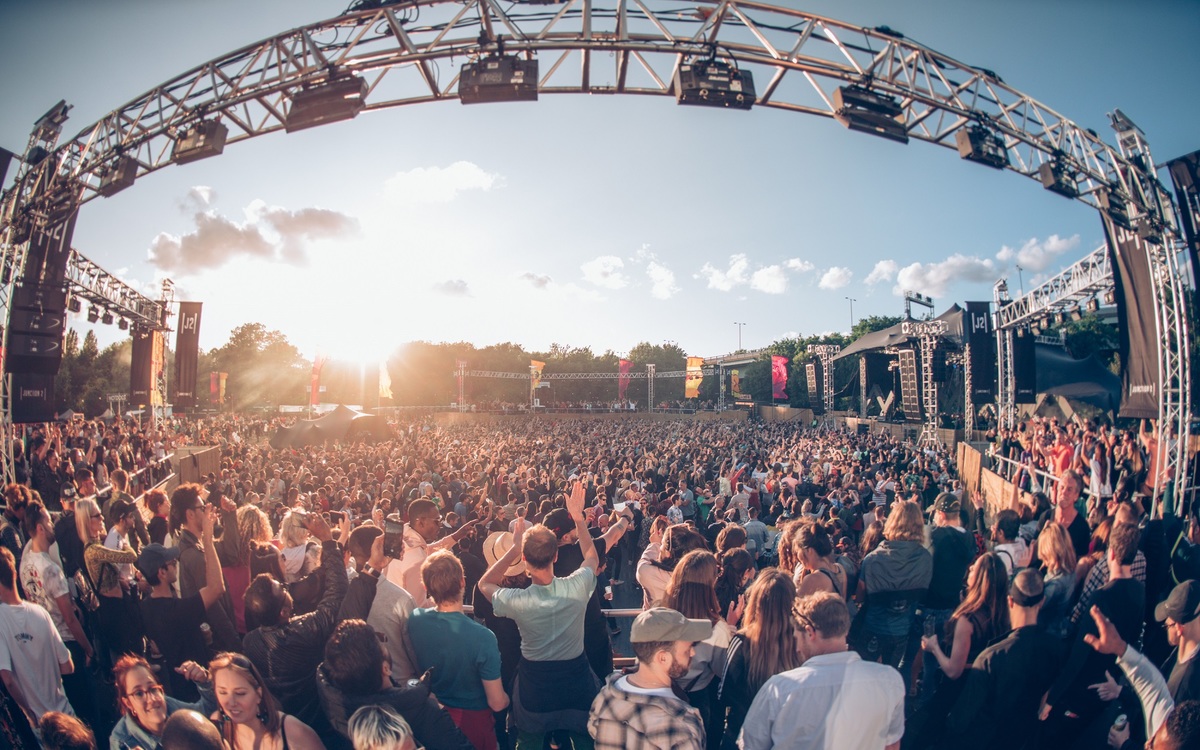 “After a rain-swept Friday (read our He Said/She Said here), Junction 2’s regular Saturday date was blessed with all-day sunshine providing the ideal conditions for the sold out second day. Changes to the site saw the main stage placed in the field next to the entrance with raised podiums surrounding the dancefloor for a more intimate experience, meaning the Warehouse and Stretch were moved to the furthest field creating a larger area for chilling with two music options when legs were rested. The Bridge was given a new stage set up with an arched structure plus two escape lanes for easier exit, while The Woods retained its hidden, free party vibe with the wooden shack pumping out tunes to a small clearing and beyond into the trees. 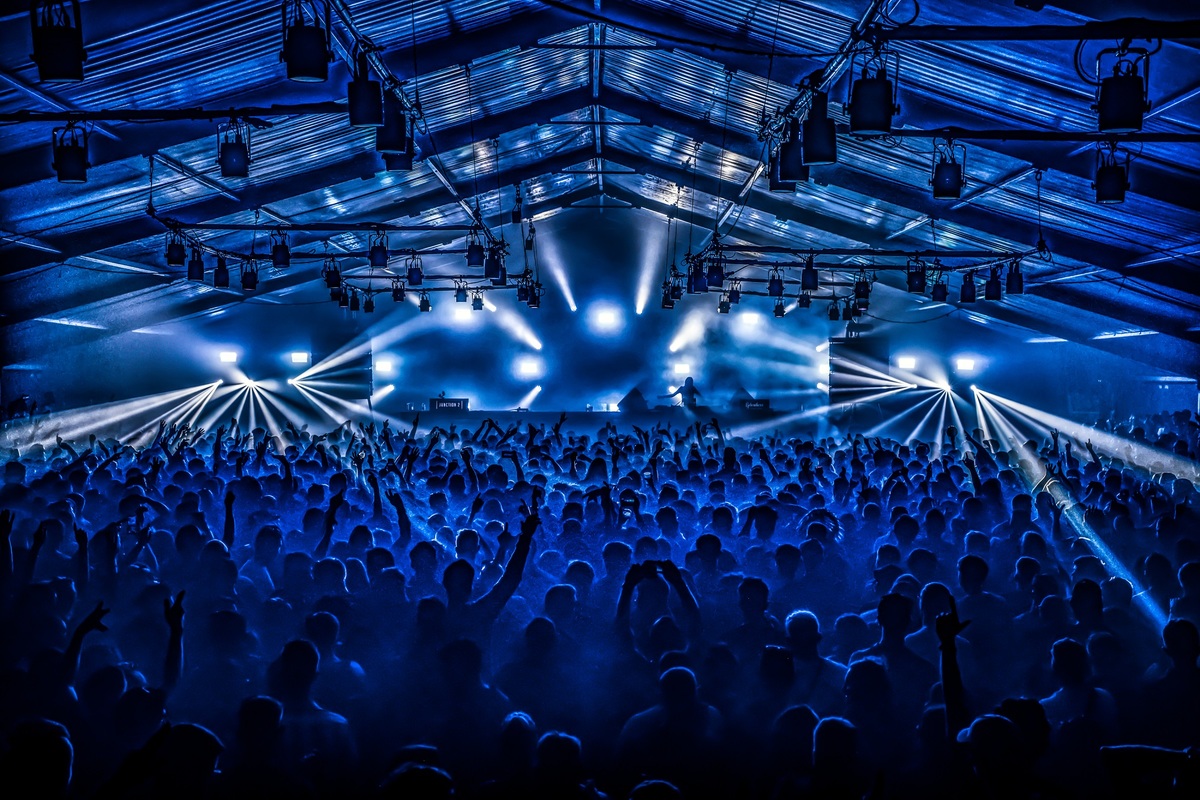 “It was The Woods where we heard the most vibrant music of the day. Every time we would pass by the appreciative crowd making shapes in the trees, we’d be drawn into their throng. First it was Voightmann who caught our ear with the cheeky Ambusher’s ‘Fallin’ Upon’, later it would be the off beat electro of Craig Richards that sucked us in. But the real highlight was the three hours of Sonja Moonear b2b Nicolas Lutz, who returned to headline after a highly-praised mid-afternoon set last year.

“We lost count of the number of tunes that brought hands in the air, appreciative whoops and encouraging whistles, but some of the key tracks included Motion Unit’s ‘My Mind’, Green Velvet’s ‘Stormy Weather’, Kings of Tomorrow’s ‘Flutes’ and Slam’s ‘Positive Education’. These two proved they have complimentary music minds and, with Craig Richards looking on from within the cabin, we wondered if a three-way b2b might just take this partnership to a new level given Lutz and Richards have been teaming up a lot recently. Maybe one for next year. 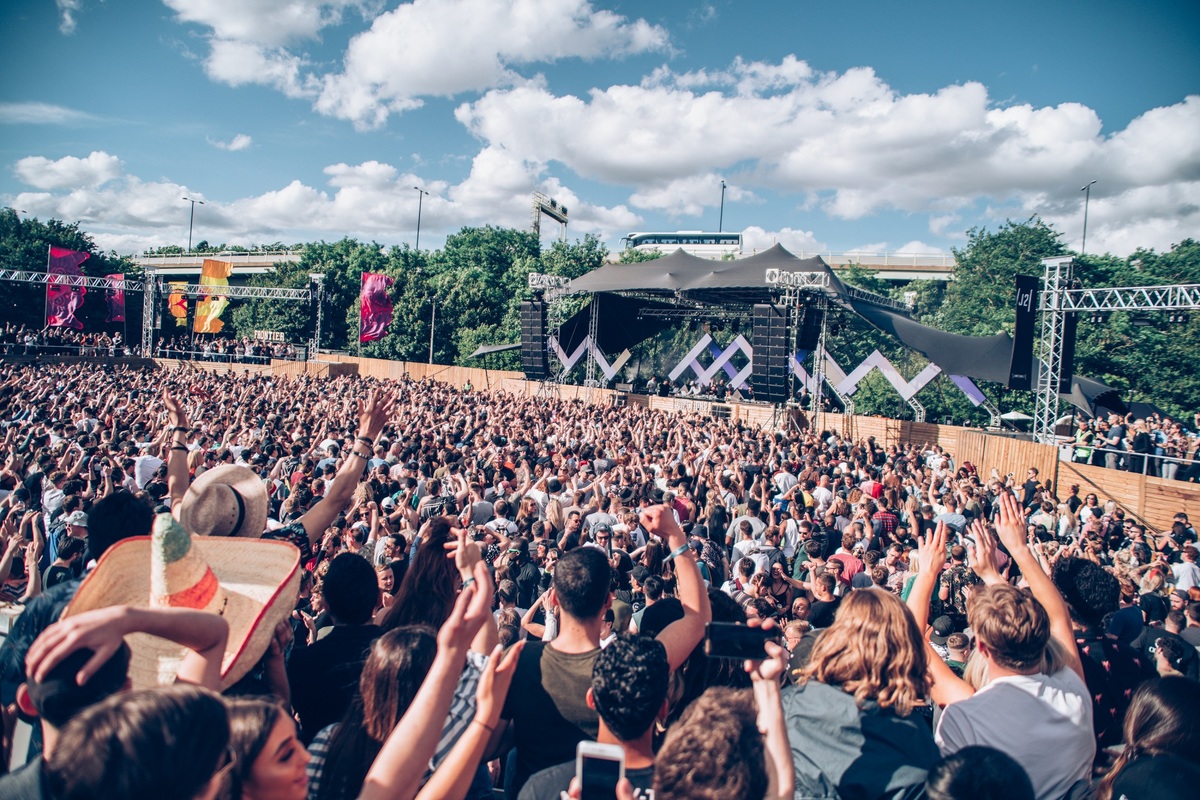 “Over at the main stage there was an impressively diverse two-and-a-half hours from Max Cooper who went deep with Nadisko’s ‘The Ludovico Technic’ and minimal with Gabriel Ananda’s ‘Doppelwhipper’ to warm up an already sun-drencher dancefloor for Tale of Us. The duo’s wispy vibes weren’t to our taste, though, and we’d find more rewarding sets in The Warehouse from Etapp Kyle who’s electronic experimentations concluded with Aphex Twin’s ‘Vordhosbn’ ahead of typically-pumping Dense & Pika while Dax J’s near three-hour techno assault was probably the hardest heard all weekend. 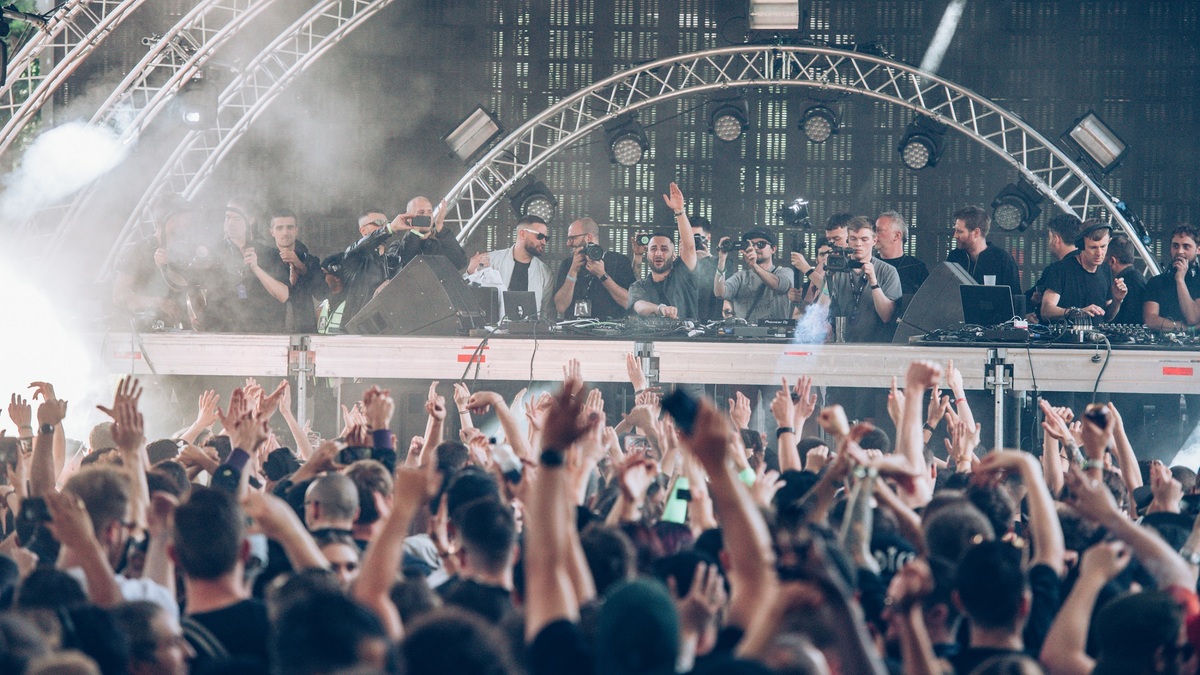 “The Bridge saw Junction 2 regulars such as Adam Beyer and Ida Engberg at the controls, the latter playing Oliver Huntemann’s ‘Der Schwarze Kanal’ (Carlo Ruetz Wilder version) in her mid-afternoon set while Joseph Capriati looked like he was loving every minute with the Carl Craig remix of Inner City’s ‘Good Life’ seeing him all smiles ahead of a disappointing Richie Hawtin set which struggled to get going amid all the synth rolls and drum claps. 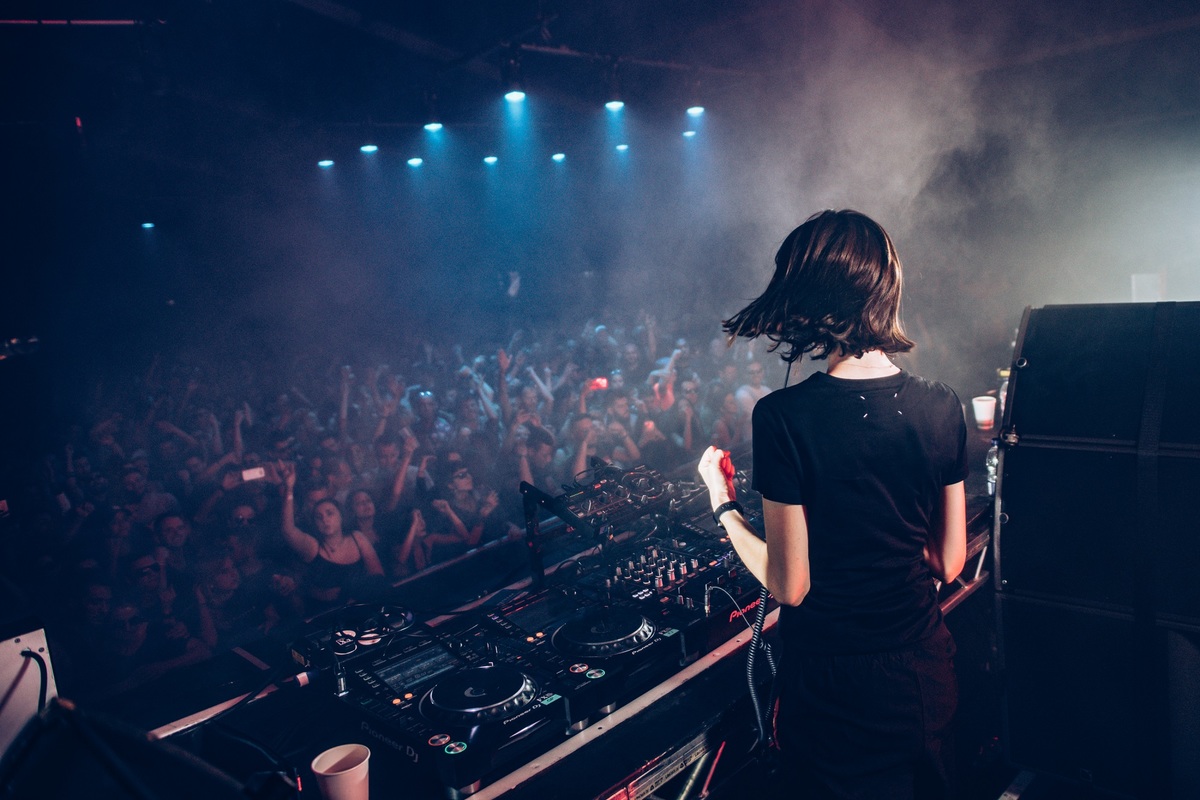 “More fun than Hawtin was making our own tunes – Relentless had set up a giant drum machine and synths tucked into a leafy walkway where we could play around with all manner of sonic effects and patterns. Sure, we weren’t going to create a hit tune or go our of sync thanks to the simplicity of the system, but it was possible to play around for five minutes and get some funny videos. Next stop: the studio. For Junction 2, the Saturday flowed well despite the big crowd it now draws with the only bottleneck coming when a large queue formed to see Amelie Lens in The Warehouse. For us, it was all about The Woods, and hope that next year there could be more leftfield attractions in a higher capacity stage. Saying that, perhaps The Woods is best left as is. You’ll always find us there, happily dancing among the trees.” 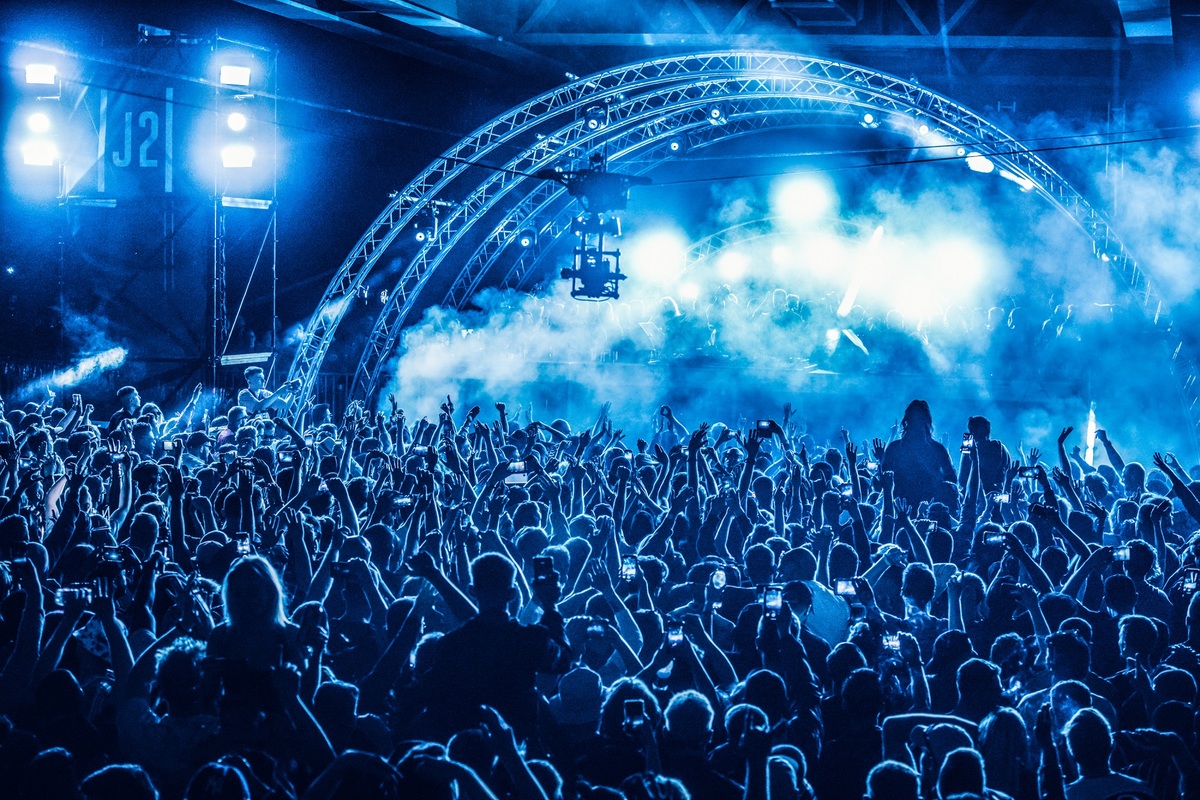