“London. London. Looooondoooon,” Owens sang as he swaggered out from behind the decks.

The seven arenas were under cover, a potentially wise move given the unpredictable weather in September, and few were complaining about the lack of an open air stage. An overcast day with intermittent sun meant it was comfortable sitting outside tents listening to the sounds, yet not too hot getting involved on the dancefloor. Ceremony kicked off at 11am and by 3pm, when we entered, the site was already crawling with eager revellers. A glimpse in the Egg LDN-hosted Jungle VIP area saw Krankbrother behind the decks while the bass-lovers in the Urban Nerds tent was bouncing to a hefty set from Cause and Effect. 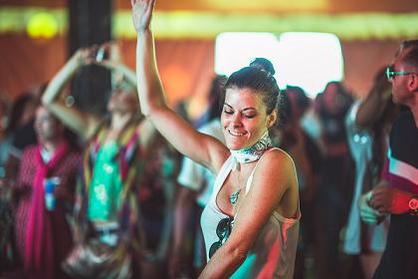 Our first arena to get a proper look at was the biggest tent – the Ceremony main stage – where the Adana Twins were just finishing up ahead of Hot Creations’ Richy Ahmed. The production looked solid and the underground house grooves would later be from top U.S. selectors Louie Vega and Lil Louis along with Claptone and Route 94, but we got distracted by the music coming from the smaller tents. Groove Odyssey had the intriguing appearance of Robert Owens live for just 20 minutes – surely an epic 20 minutes?

Indeed it was. Phil Asher had brought in a decent gathering to the tent which had swelled into a mass when Robert Owens was announced onto the stage. “London. London. Looooondoooon,” Owens sang as he swaggered out from behind the decks and the DJ dropped the first beats behind him. One of the original voices of Chicago house, his soothing vocal delivery had the audience swooning. Giddy smiles appeared on faces glued to this charismatic performer who was gone all too quickly.

Todd Terry was getting stuck into a rare hip hop set in the So Fresh So Clean marquee.

Back in the Jungle VIP, the Menendez Brothers were busting out the house classics with Nightcrawlers’ “Push the Feeling On” and Stardust’s “Music Sounds Better With You”. Another scout around the tents found DJ W!ld keeping the Magna Carta tent moving and the Tropical Showcase of JME, Skepta, Logan Sama and Plastician rolling with the grime in Urban Nerds. Sadly the volume was lacking in Urbans Nerds – as can often be the case with city festivals – and we looked elsewhere despite the strong-voiced MCs winding up the crowd a treat with Plastician’s tough drops. As it turned out, we made a good decision as Todd Terry was getting stuck into a rare hip hop set in the loud So Fresh So Clean marquee. 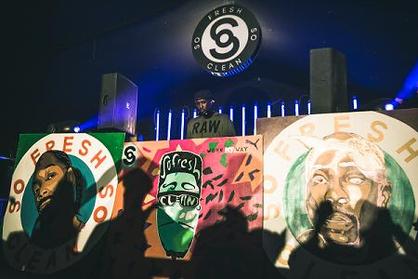 New Yorker Todd Terry is best known for his Chicago house productions and DJ sets, so it was a bit of a treat to hear him dedicate an hour to hip hop. Always one of his influences, he packed out So Fresh So Clean to the point there was a one in, one out system. We had to dodge past the door marshall to get in amongst the action where Blackstreet’s “No Diggity” and Will Smith’s “Summertime” were the biggest hits, yet the underground vibes of Terry’s selections were testament of his superior knowledge of a genre he plays so little.

With hits such as “Big Fun” and the seminal “Good Life”, Inner City were an absolutely joy to hear live.

Entering the final two hours of Ceremony, the 51st State arena was unmissable: first Inner City live with Kevin Saunderson joined by wife Ann on vocals, then a Kevin Saunderson DJ set. With hits such as “Big Fun” and the seminal “Good Life”, Inner City were an absolutely joy to hear live. Disappointingly the Inner City fans were less interested in Saunderson’s solo spin – more fool them. The Detroit original rocked through some serious techno along with a vocal favourites such as as the original mix of “My Head Is A Jungle”. As the unmistakable synths of “Good Life” started to come in, Saunderson was told to stop by a strict stage manager – a harsh end for those who had missed the live version earlier.

The abrupt end to the final set didn’t detract from a hugely enjoyable first Ceremony festival and Saunderson was all smiles too. The friendly atmosphere and fun crowd were perhaps keen to ensure their last festival of the year was a great one. FOUND have made their mark on the end of summer.