After a successful stint in the Olympic Park in east London, elrow took its third instalment of the most over-the-top immersive day festival, elrow Town, north to Trent Park. Eric Morillo, Alan Fitzpatrick, Jamie Jones and Camelphat all headlined. Ann McManus was there.

The new venue involved a longer journey out of the city for many party goers, meaning a lot of people arriving at Cockfosters desperate for the bathroom after knocking back pre-drinks on the tube. The bathrooms in the tube station were inconveniently out of action but portaloos had been installed 100m out the station. Unfortunately the demand was far greater than the supply and most people devoted 15 at least minutes to the first of a number of aggravating queues. 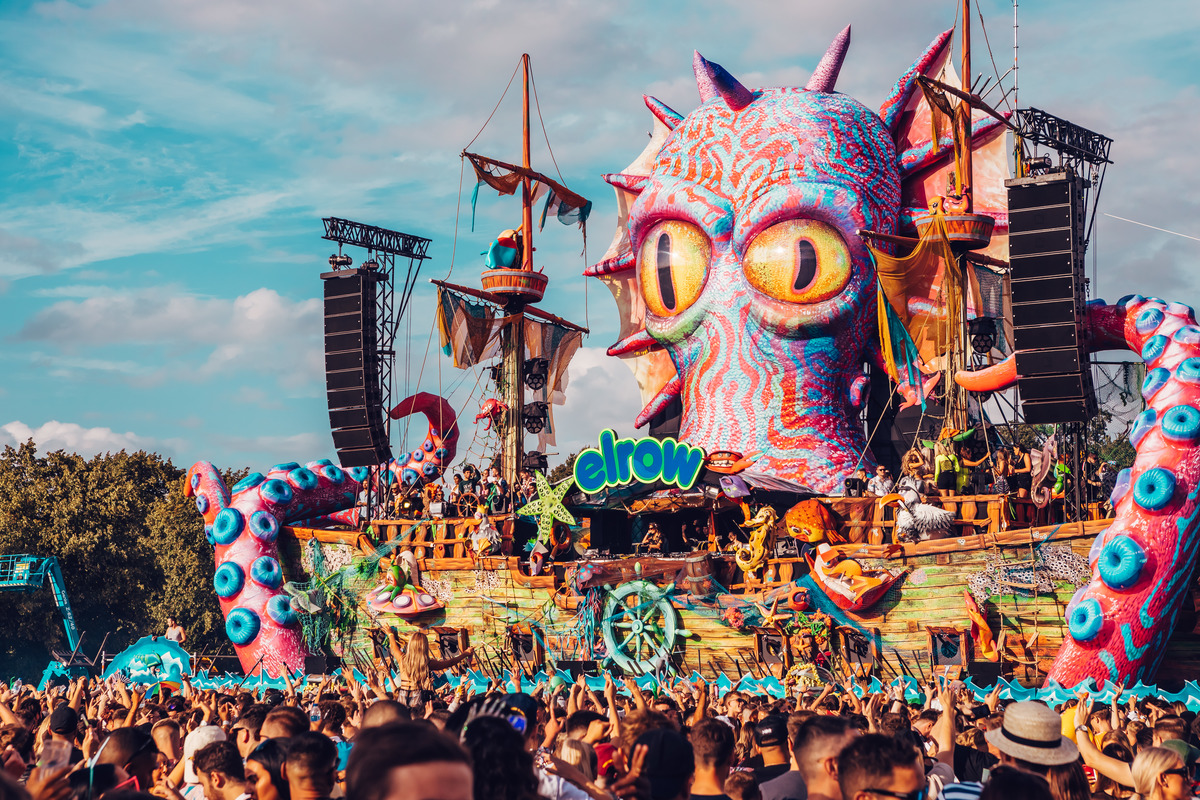 Arriving at the site, it was evident the risk of people jumping the gates to get in was being taken very seriously. The queues for most lines were at a standstill and there was no obvious reason why. After waiting well over an hour with little progress, the regular queue got rowdy and people started barging through the gates against the efforts of security to push the gates closed again. The other queues started doing the same and although it created unpleasant friction among the crowd, it did seem to force more people through. It was extremely disappointing that the crowd had to resort to this to force a forward motion after almost two hours of waiting hearing Alan Fitzpatrick’s set, the set our group had looked forward to the most, finish up in the distance, our impending entry still not looking like it would happen any time soon. 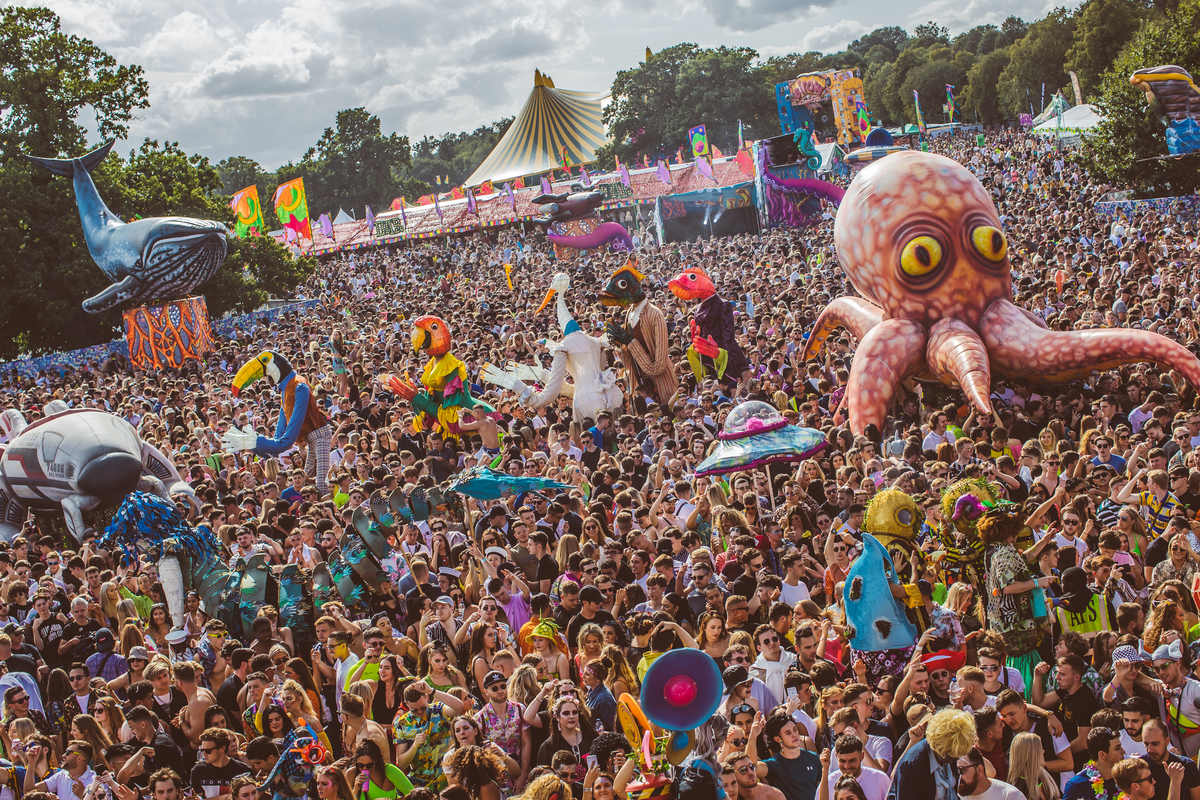 When we finally entered, the site was heaving with activity, with entertainers in the wildest situations everywhere. The most bonkers thing I think I saw was a large group standing in a circle around what I could only make out to be a pile of cans. This summed up the type of mood the crowd were in: contentedly bemused and visually feasting on the abundance of continuous nonsense everywhere. 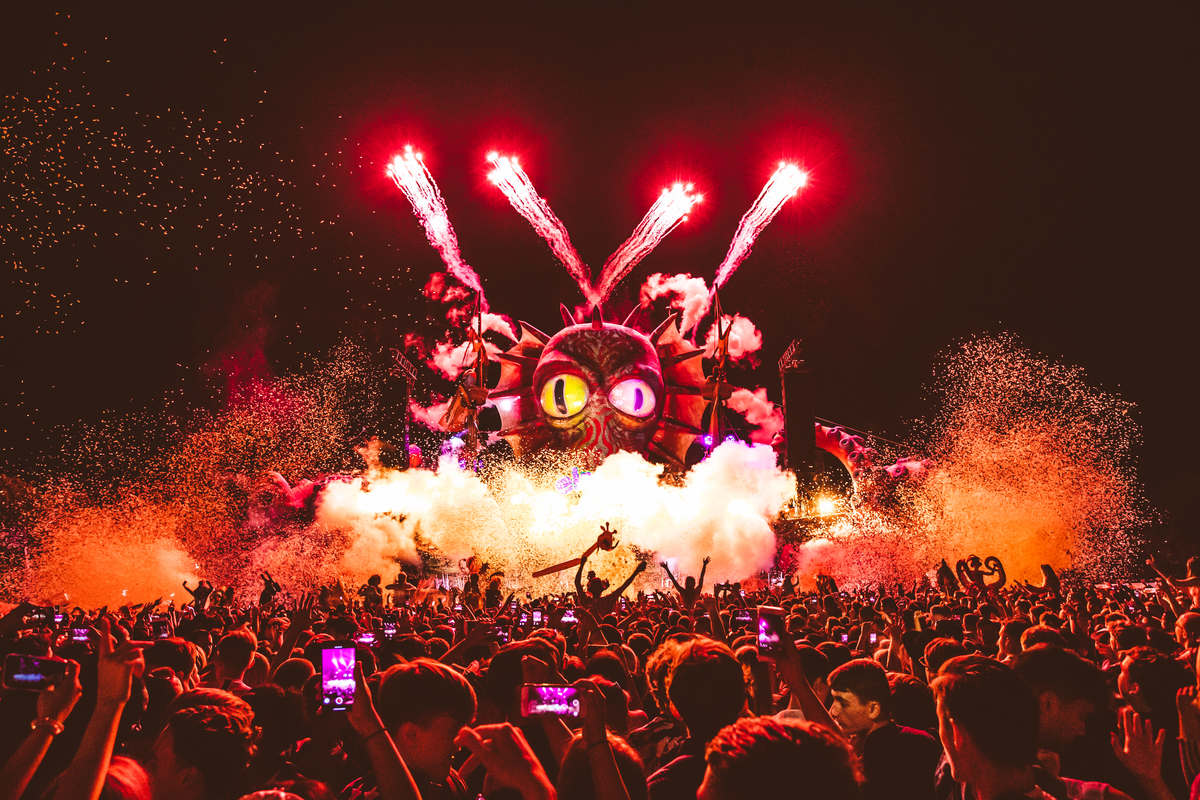 The theme for the main stage was the Rowmuda Triangle - elrow’s take on the Bermuda triangle, with pirates, octopuses and other sea-monster props everywhere. The story was that a partying pirate boat had disturbed the slumbers of The Kracken, a grumpy sea monster who devoured the party boat where, inside the Kraken, a wild fiesta full of shipwrecks, crashed planes, insane sea creatures and a hippy commune collided. Actors on stilts paraded through the crowd and the token inflatables were being hurled playfully around the audience. Elrow had made a big effort to reduce waste, with reusable glasses being given out for a deposit, and I was happy to read that the team are looking into how the inflatables can be replaced with a plastic substitute for future events.

Elrow staple, Tini Gessler did a wicked job of restoring the party mood among our group after the draining queue with a selection of timeless classics like Robin S - Show me love. The VIP area provided a faster toilet queing system and allowed ticketholders a far faster means of getting drinks. 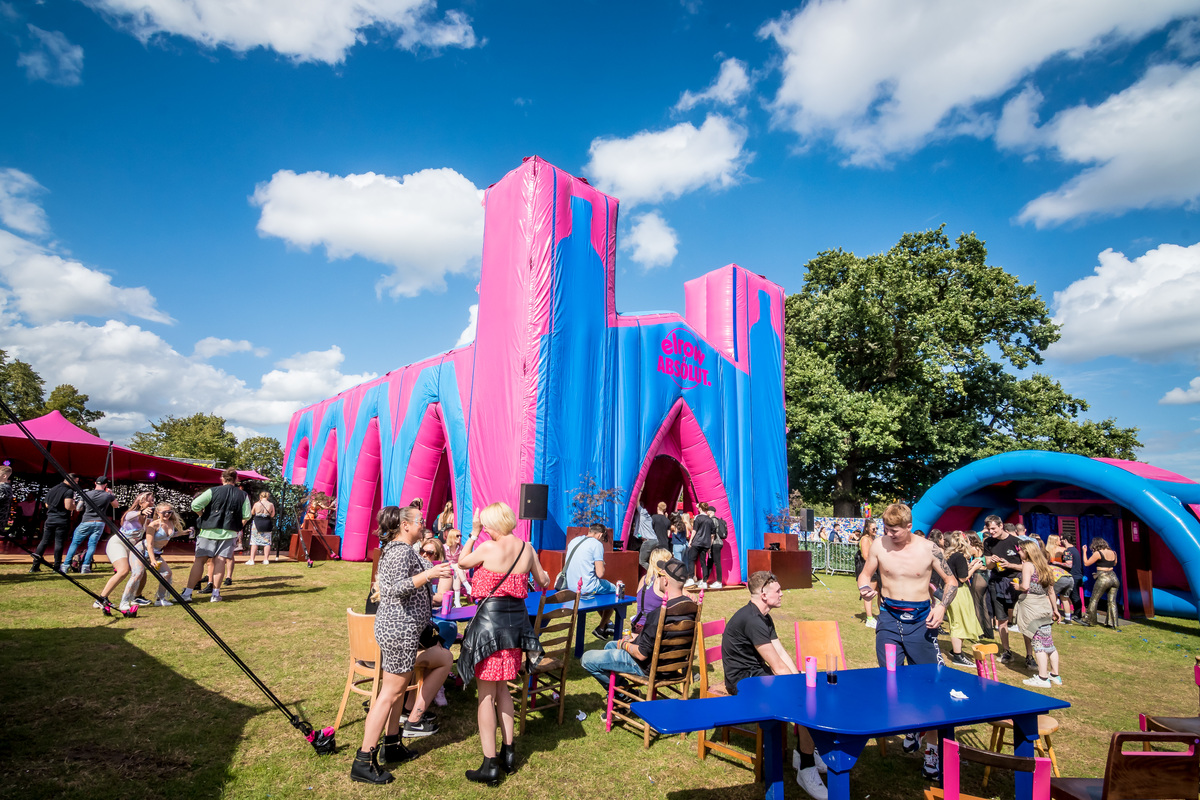 Inside the tents, the effect of being absorbed into an alternate dimension was even greater, with the signature confetti showers exploding as the basslines curated by Michael Bibi and masterfully followed up by Eric Morillo, who stayed true to his slick house sounds. The crowd were all up for banter and the constant landing of an inflatable bottle of vodka filled with glitter or octopus gave everyone an excuse to exchange a few words or get stuck into a game of tug of war. 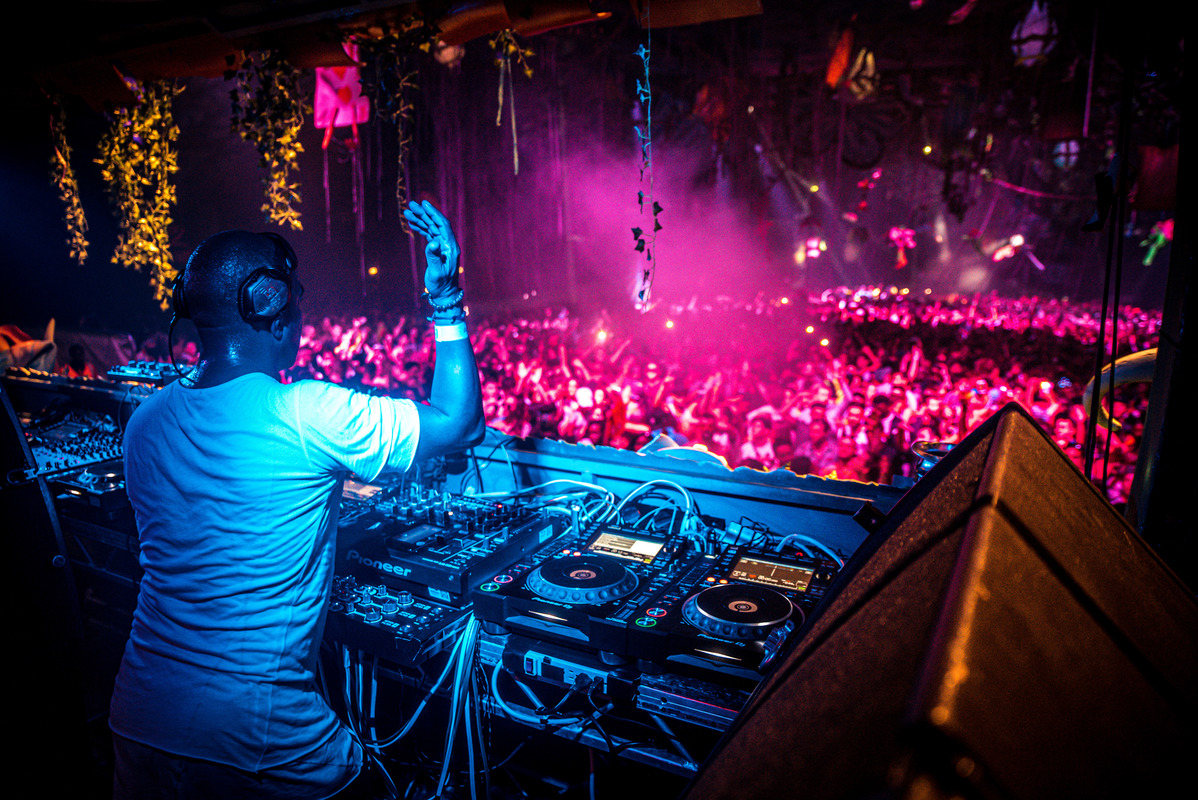 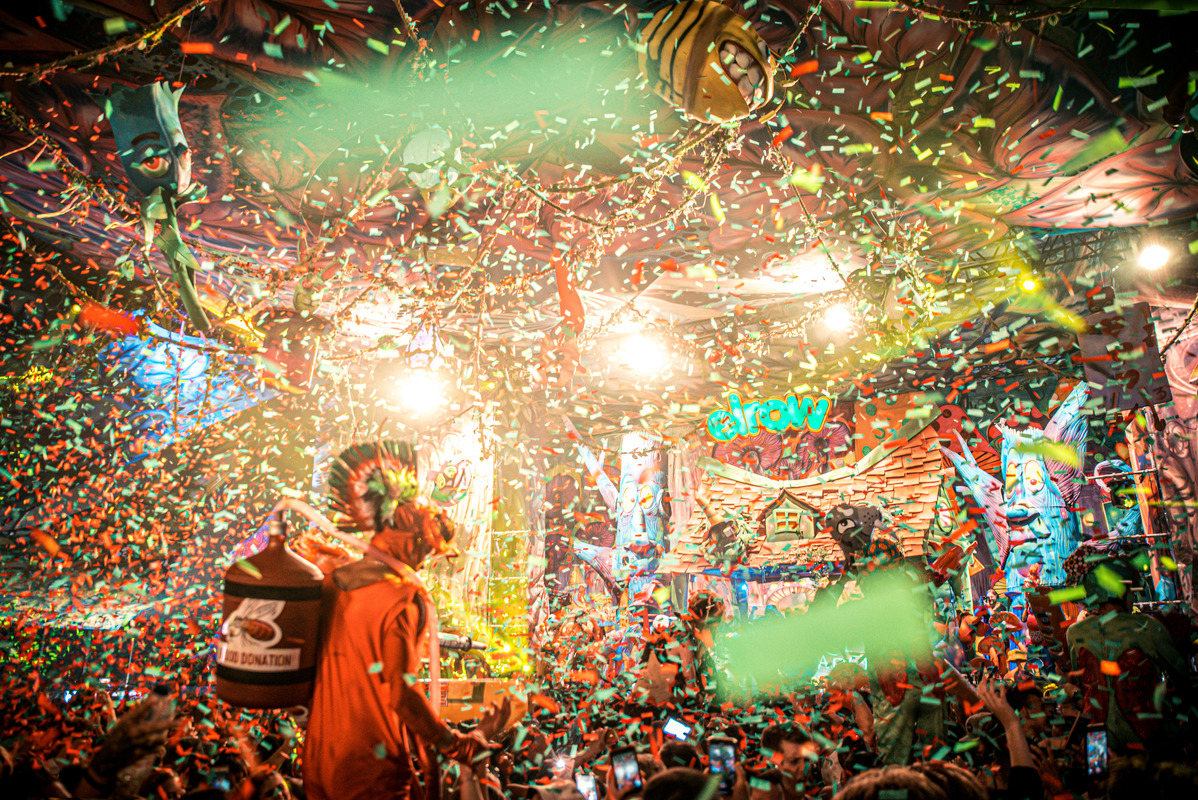 The day festival did what it promised and fully absorbed everyone who took part into a wonderful journey of fun. While the music was consistent, with so much going on, it was almost a background noise against the endless visual paradise that elrow had transformed the site into. Whatever caused the unexcusably long check-in will have to be fixed for future events if elrow want to continue their successfully selling out. When there is so much to enjoy inside the site, getting the crowd inside fast should be prioritised and I can see a lot of this year’s attendees wanting reassurance that managing the arrivals will be improved before buying tickets again.