The fifth Dimensions Festival will again take over an amphitheatre, beach, boats and an abandoned fort over five days and nights of music in Pula from Wednesday, August 24th to Sunday, August 30th. In our first of two previews, we take a closer look at the opening concert in Pula’s 2,000-year-old amphitheatre on the Wednesday and the four days of boat parties that follow. 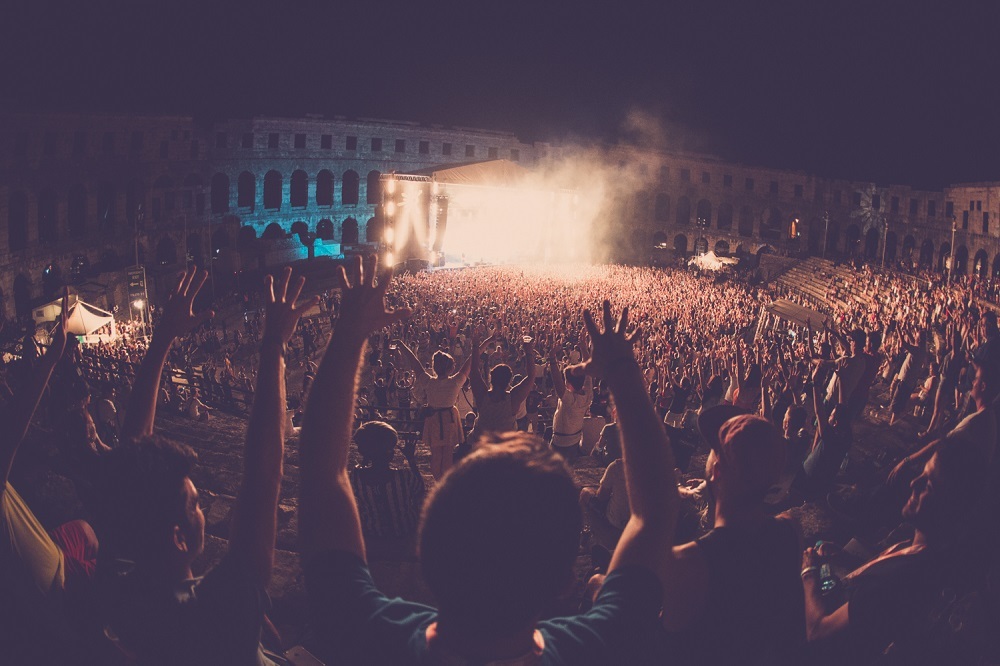 The impressive amphitheatre venue in the town of Pula offers the chance to experience a spectacular start to Dimensions 2016. Approach by Dimensions taxi boat from the harbour at the main festival site for an impressive first view from the Adriatic and a drink en route, the alternative is to jump in a taxi - our advice is to leave plenty of time for a meal before the concert. This year there will be live sets from trip hop duo Massive Attack and saxophone extraordinaire Kamasai Washington while Moodymann brings the souful side to techno and house.

Approach Pula by Dimensions taxi boat for an impressive first view of the amphitheatre from the Adriatic. 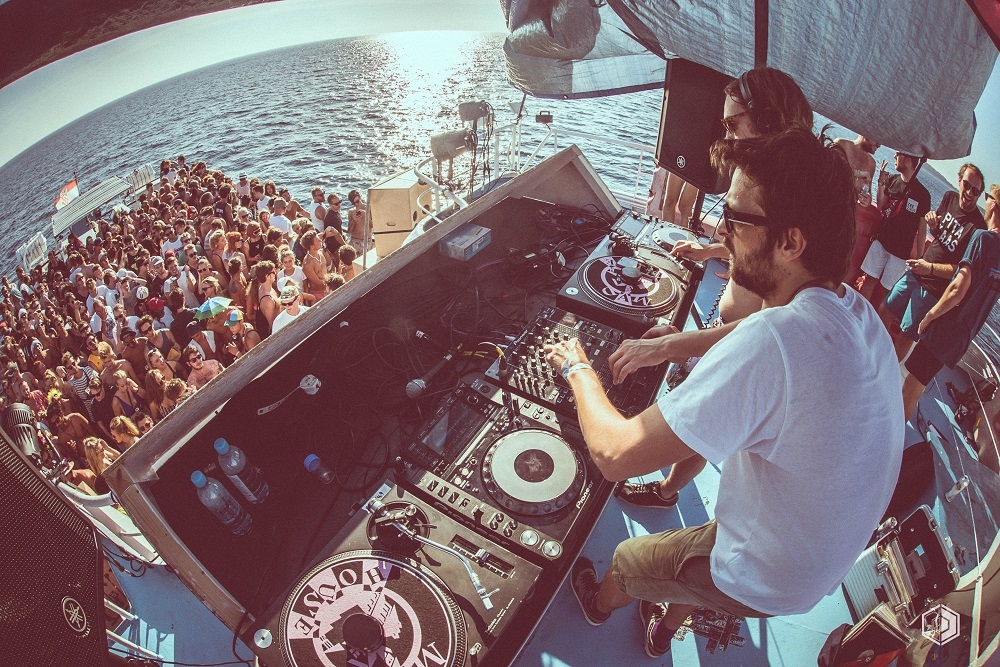 Copenhagen’s Strøm Festival is the first boat to set sail at Dimensions Festival 2016. Starting at 12.30pm, they’ve enlisted one of Chicago’s finest footwork exponents DJ Spinn plus the bass-loving Kahn to shake away an opening ceremony hangover. In the afternoon the Hessle Audio boys Ben UFO, Pangaea and Pearson Sound will give a flavour of what their takeover in the Moat will sound like that night supported by Shanti Celeste providing Bristolion house while on the Highlife boat Andrew Thomson, Auntie Flo and Esa will be back-to-back supported by the deep sonic journeys of Matias Aguayo.

The sunset boats off something fo the heads crowd as Turf host jazz-infused-producer-turned-DJ Byron The Aquarius and Eglo Records boss Alexander Nut with Turf masterminds Napper and Remi plus Dimensions-man Andy Lemay playing a welcome aboard set. The alternative is Dublin-based Bodytonic who have rounded up Mahogani Music’s Dan Shake, Dimensions Soundsystem and residents for a warm up to the fort’s all night antics.

Dan Shake returns to the Dimensions harbour for the first boat of the day. He’s joined by Midland and Andrew Hill for Liverpool’s Abandon Silence voyage for what promises to be a great wake up call. Dalston’s Dance Tunnel may be closing down but Space Dimension Controller and the Zenker Brothers will be keeping the spirit alive in Pula aboard their boat. SDC is known for playing anything from 80s pop classics through to hardcore acid at Dimensions while Zenker Brothers offer refined techno. Glasgow’s Sub Club serves up the afternoon alternative with Moomin, Harri, Junior and Telford.

After a slot on a boat on Thursday night, Alexander Nut headlines his Elgo Records boat party on Saturday with K15 who released his debut LP Home this year on Speedofsound, 22a’s Henry Wu and Bern’s Patchwork organiser Sassy J. The ever-popular Resident Advisor boat party will bring together the good vibe style of Jeremy Underground with Los Angeles based producer and DJ Suzanne Kraft in the afternoon while drum & bass heads can get their fix with Exit Records thanks to dBridge, Alix Perez, Skeptical, Fixate and SP:MC.

Electric Minds continue their 10th anniversary celebrations in 2016 with a sunset boat party soundtracked by Daniel Avery, Loefah spinning a history of Chicago set and resident Dolan Bergin while Zeezout host Space Dimension Controller on his second outing on the Adriatic plus analog synthesist Harvey Sutherland and Halve Soul.

Sunday will challenge even the hardiest raver to make a pre-noon start to their day but We Bring You offer up funk, boogie and disco from Antal, Rahaan and Borealis as the perfect tonic to breathe life into aching heads and/or legs. By the afernoon its the turn of Feelings to offer a similarly fun selection with the resurgent Mood II Swing taking their headliner slot supported by Feelings DJs and Fina.

Dimensions give their sister festival Outlook the chance to take centre stage with a bass-heavy line-up of The Bug featuring Miss Red, Sam Binga, Hodge and MC Foku, then the final boat of the festival offers an electro and techno mash-up from 808 Whisky with Intergalactic Gary and DJ Stingray on deck duties. 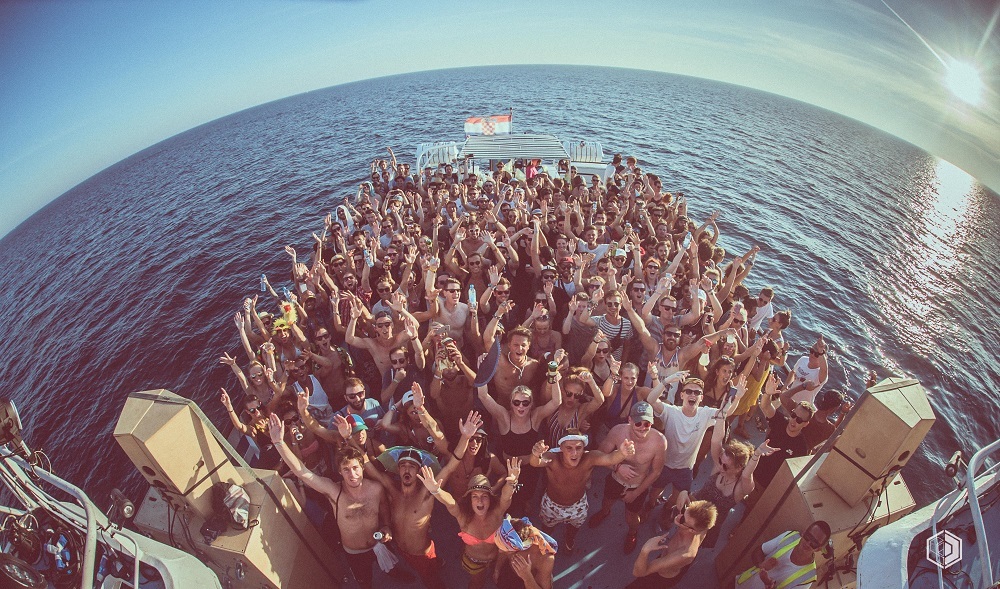 The second part of our preview covering the beach and fort stages can be found here.

For concert and boat party tickets for Dimensions Festival 2016 go to dimensionsfestival.com.