Given the wealth of western movies throughout cinema history and Quentin Tarantino producing a modernist take on the genre with Django Unchained, it is with some surprise that Slow West manages to provide an iconic take on the genre. First time writer/director John Maclean, previously of The Beta Band, plays up to conventions while establishing his own style which has a rhythmic feel that is perhaps a knock-on effect from his musical background. Slow West may be all cowboys, native Americans and tense shoot outs between outlaws, yet it also plays on the typical indie coming-of-age flick as a naive teenager seeking the love of his life is taught the ways of the world by a hard-skinned loner. The way Maclean teases out darkly comic moments and stages the set pieces makes up for the shortfalls in the plotting, particularly with such dramatic cinematography in the New Zealand and Scottish countryside, ensuring Maclean’s debut shows great promise for future projects.

At the heart of Slow West is the double act of Michael Fassbender and 19-year-old Kodi Smit-McPhee. 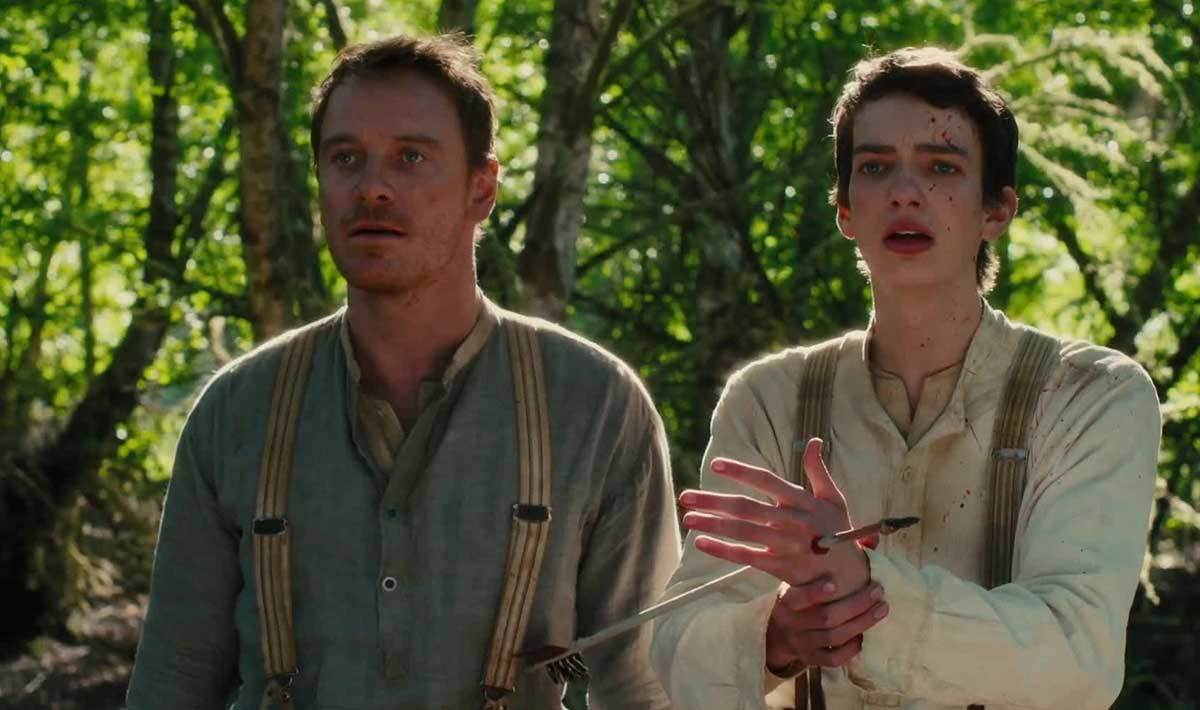 At the heart of Slow West is the double act of Michael Fassbender and 19-year-old Kodi Smit-McPhee. Smit-McPhee plays Jay Cavendish, a boy who has travelled from Scotland to a lawless America on the hunt for his sweetheart Rose Ross (Caren Pistorius). Unsuited to life on horseback with killers on the loose, native Americans battling colonisers and tricksters willing to rob on the sly, Jay’s in luck when loner bounty hunter Silas Selleck (Fassbinder) takes pity on his woeful lack of preparation to act as his guide. Journeying towards Rose’s supposed whereabouts, they must deal with the challenges of living rough and some dubious fellows Silas has passed before as well as Jay’s limited knowledge of the ways of the world beyond his Scottish village.

Humour creeps in at the most unlikely moments while the uneasy alliance between Jay and Silas is both touching and chilling.

Perhaps crucial to any western is building a sense of peril with a dramatic shoot out at the climax. Maclean’s set pieces include a burglary at a remote store, a cheeky trader on desert flats and a drunken moment which threatens to go out of control, each played out with a sense of danger that keeps you engaged. Humour creeps in at the most unlikely moments while the uneasy alliance between Jay and Silas is both touching and chilling. When the bullets start to fly in the final showdown it’s possible to look back and question some of the plotting but some dynamic camerawork and a fitting conclusion carry Maclean through to a favourable end. Watch this for Fassbender and Smith-Mchee’s interplay and keep a keen eye out for Maclean’s next project.