Yes, it’s Oscar time this weekend and it could be the year Martin Scorsese wins (how many times have we said that?), Helen Mirren is crowned Hollywood’s queen and Forest Whitaker makes amends for taking part in Battlefield Earth. Well, maybe the latter is impossible, but we’ll all be waiting to hear who the winners are on Sunday night. Mike Barnard looks into his blood diamond to predict the notable winners, and accepts he’s probably lining himself up for a fall when the envelopes are finally opened…read on! 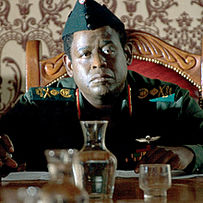 Would you bet against the clear favourite of Forest Whitaker’s scene-stealing performance as Idi Amin? As dominant as Philip Seymour Hoffman’s winning turn in Capote last year, he deserves it most. Will Smith and Leonardo DiCaprio will probably be able to get another shot at the award, O’Toole and Gosling are the outsiders mainly due to their little-seen performances. 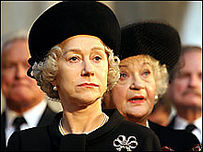 I would dearly like to say Winslet will be up there making a heart-felt speech, but everyone is against her: Mirren has been treated like royalty by being lauded with most other awards so expect her to be victorious again. Streep winning would be quite an upset, while Cruz seems there to offer a non-English challenger.

Actress in a Supporting Role
Nominated : Adriana Barraza (Babel), Cate Blanchett (Notes on a Scandel), Abigail Breslin (Little Miss Sunshine), Jennifer Hudson (Dreamgirls), Rinko Kikuchi (Babel)
Prediction : Abigail Breslin
Likely to go to one of the younger actresses given the other acting awards honouring the veterans. Out of Kikuchi and Breslin, Breslin just shades it because of her brilliant scenes with Arkin.

Animated Feature Film
Nominated : Cars, Happy Feet, Monster House
Prediction : Happy Feet
Hardly a trio of classics, Pixar’s relative dud in the form of Cars sent them off track so money-spinner Happy Feet will be dancing the night away.

The only sensible choice with its amazing fantasy sections, but the Academy might prefer the song and dance routines of Dreamgirls. However, John Myhre and Nancy Haigh have both been victorious in the past so they might suffer from being Oscar regulars.

Cinematography
Nominated : The Black Dahlia, Children of Men, The Illusionist, Pan’s Labyrinth, The Prestige
Predicted : Children of Men
A war-torn, futuristic London and explosive action captured in gritty realism makes Children of Men a favourite, but this is a strong category this year.

Costume Design
Nominated : Curse of the Golden Flower, The Devil Wears Prada, Dreamgirls, Marie Antionette, The Queen
Predicted : Dreamgirls
A tough one to predict where the votes will go, however anything with some music to go with glitzy costumes normally proves favourable — Dreamgirls to win here.

Everyone seems to think that Scorsese might get the directing honours for The Departed, but Paul Greengrass has been quietly stealing the show at other awards with his filming of 9/11 events in United 93. He’ll probably do the same here, however see below for Scorsese’s best chance to shine in 2007.

Film editing
Nominated : Babel, Blood Diamond, Children of Men, The Departed, United 93
Predicted : United 93
Much of the realism of United 93 was in the crisp editing that put the audience into the heart of the true events. Babel will give it a close run-in as it’s cross-continental cutting was a vital component to its storytelling.

Foreign language film
Nominated : After the Wedding, Days of Glory, The Lives of Others, Pan’s Labyrinth, Water
Predicted : Pan’s Labyrinth
OK, I confess I haven’t seen all the films. It is extremely likely that Pan’s Labyrinth will win though as it has the hype and strong public awareness the others lack.

Some truly fantastic creatures will probably push Pan’s Labyrinth over the finish line first with Click’s almost disturbing (and oddly satisfying) ageing of Adam Sandler a wrinkly nose behind. Let’s hope the make-up team of David Marti and Montse Ribe get another, equally-impressive opportunity to show off their skills.

Music (Score)
Nominated : Babel, The Good German, Notes on a Scandel, Pan’s Labyrinth, The Queen
Predicted : Babel
In the surprise absence of The Fountain’s amazing score the winner will probably be Babel with its soundtrack reflecting the different cultures seen in the film.

Music (Song)
Nominated : An Inconvenient Truth, Cars, three for Dreamgirls
Predicted : Dreamgirls
It would be pretty harsh to get three nominations in one category and not win…

It really should be Scorsese’s year and with an excellent performances from all involved, especially Jack Nicholson. An upset might come from Little Miss Sunshine bucking the trend of comedies being overlooked by the Academy while Clint Eastwood is there as a mark of respect rather than a prospective winner.

Writing (Adpated)
Nominated : Borat, Children of Men, The Departed, Little Children, Notes On A Scandel
Predicted : Little Children
It’s a long shot, but Little Children deserves some offical recognition. Quite why Borat is here is another matter — expect it to be overlooked.

Predicted : Little Miss Sunshine
Quite simply one of the best comedies ever made, the script played the essential part of giving the fine actors brilliant material to work with. Babel and The Queen are probably the closest contenders for the title if the comedy is overlooked as many predict.

For more details about the Oscars, including broadcast times, visit www.oscars.com