The Oscar Results vs. The zap! bang! Predictions

Martin Scorsese can finally smile as The Departed swept up at the Oscars and he finally got that Best Director award. A disappointing tally of 10 out of 19 right for Mike this year — down on last year’s 13. He reflects on the night’s results. 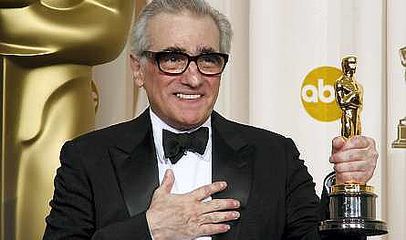 Actor in a Leading Role
Prediction: Forest Whitaker
Winner: Forest Whitaker
No one was complaining about Whitaker’s win, except maybe Peter O’Toole who has now has now had eight nominations without a win. His Honorary Award in 2003 will at least ease the pain.

Actress in a Supporting Role
Prediction: Abigail Breslin
Winner: Jennifer Hudson
The dreamgirl won it, possibly down to her popularity in America. Hopefully young Breslin will be back.

Animated Feature Film
Prediction: Happy Feet
Winner: Happy Feet
Pixar lose out to a film with undertones about climate change. Well it’s not surprising with all those Cars pumping out all those fumes for competition.

Costume Design
Predicted: Dreamgirls
Winner: Marie Antionette
Having seen neither, I was at a bit of a lose end. Maybe the Academy still feel bad for their bungling of Bill Murray’s Oscar for Coppola’s Lost in Translation as Marie Antionette looked like style over substance. Maybe that’s the point.

Directing
Predicted: United 93
Winner: The Departed
Well Scorsese finally got what he has deserved since being nominated Best DIrector for Raging Bull way back in 1981 and gaining four other nominations in that category. While it isn’t his greatest film, the Academy have a habit of having to make up for overlooking people in the past. That is not to say The Departed isn’t a great film, just that United 93 touched more of a nerve in America so could have swung it.

Film editing
Predicted: United 93
Winner: The Departed
Bit of a surprise here, however if a film wins Best Director and Best Picture, it often gets the nod in most of the other categories it is nominated in.

Foreign language film
Predicted: Pan’s Labyrinth
Winner: The Lives of Others
Probably the major upset of the awards, few would have predicted this but credit to the Academy for being diverse.

Music (Song)
Predicted: Dreamgirls
Winner: An Inconvenient Truth
I said “It would be pretty harsh to get three nominations in one category and not win”…oh well.

Visual effects
Predicted: Superman Returns
Winner: Pirates of the Caribbean: Dead Mans Chest
On reflection, Dead Man’s Chest did impress more visually than Superman Returns, even if the latter was more enjoyable and made more sense. My bad.

Writing (Adpated)
Predicted: Little Children
Winner: The Departed
Oh, sometimes you just want something to win even though you know it probably won’t. The Departed re-wrote the Infernal Affairs trilogy effectively and arguably made a more engrossing individual film than any of the original three.