The Broken On DVD : The Mirror Myth And Other Superstitions 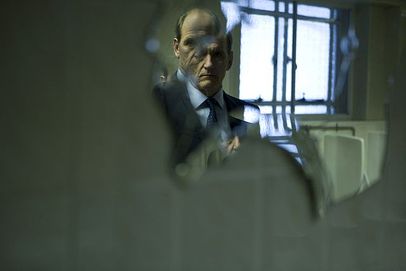 Ever wondered about the true consequences of a broken mirror? The Broken, out Monday on DVD, is a stylishly-shot chiller that follows the story of Gina McVey (Lena Headey), a beautiful thirty something who works as a radiologist at a large hospital. During a surprise birthday party for her father (Richard Jenkins) a mirror suddenly falls from the wall and smashes. The next day, on her way home, Gina sees her double drive past in her own car, setting off a chain of terrifying events leading to a deeper and darker secret that changes the boundaries of her reality forever.

Including both mirrors and doppelgangers, The Broken joins a long line of movies that feed our fascination with superstitions. To celebrate the film’s release, here are some of the reasons behind the most well known superstitions and what you should do if you fall under their bad luck spell.

1) The Mirror Myth
So mirrors are bad luck eh? Well yeah we all know that, but why? The answer differs dramatically depending on who you ask. The Romans for example, would tell you that mirrors have the ability to foretell the future, and therefore breaking such a mystical device would mean seriously bad ju ju. On the other hand a medieval vampire hunter would claim that mirrors contain a glimpse of our soul, hence why vampires fail to show a reflection.

All this mirror nonsense giving you the creeps? Well fear ye not, for the internet has arrived to give us billions of great ways to counter such bad luck, such as sneaking out late at night to bury the pieces of the broken glass in your back garden… Just make sure the neighbours don’t catch you at it.

2) Doppelgangers
A ‘doppelganger’ is just a fancy name for ‘double-walker’ — either way, it is believed to be very bad luck to see one. Generally considered to be an evil or bad twin or ‘shadow self’, many traditions state that it can only be seen by the person who’s double it is. If you see one, the answer is simple – you must destroy them before they destroy you. After all ‘there can be only one’.

3) Black Cats
Revered by both the Egyptians and the Romans, black cats went on to be associated with witchcraft in the early Middle Ages. Now it seems, these mono-chrome moggies have been bestowed with the ability to warn you away from bad luck so if you see one before you walk down a dark alley, best turn back the other way.

4) The Number 13
This may have its origins in Norse mythology, but in Christian lore it is believed to date from the Last Supper when Judas became the thirteenth guest to sit at the table. There are many incidences of Friday the 13th being one to avoid, dating right back to the Battle of Hastings. Now, many hotels don’t have a room numbered 13 and some buildings miss out the 13th floor altogether — while somewhat extreme, it’s better to be safe than sorry.

5) Ladders
Walking under ladders was seen as a portent of bad luck from the Middle Ages, when the ladder was seen as resembling the gallows (thus predicting death for whoever walked under it). Since then the humble ladder has probably managed to hang onto this mythical status due to its uncanny involvement in innumerable weekend DIY disasters.

6) Salt
A precious commodity since Roman times, many people still throw unwanted salt over their left shoulder in order to ward off the devil believed to lurk on the left or sinister side of the body. After all, it was he who probably made you drop something so valuable in the first place.

7) Brooms
Aside of their association with witches; brooms have often been associated with misfortune. A once popular proverb went ‘Don’t buy a broom in May, or one of your family will be swept away’. Another dusty maxim forewarned that you should never bring an old broom to a new house as it will bring all of the bad luck (presumably from spillages) with it. Better off buying a Dyson.

8) Touching Wood to bring good luck
This simple, worldwide practise goes back to Celtic times when they believed spirits resided in trees and by gently knocking on the trees they were ‘acknowledging’ the spirits and would therefore not suffer misfortune. We all do it, but given the hippified, tree-hugging frailty of this philosophy, maybe it’s time we all stopped.

9) Theatrical Superstitions
The theatre is full of superstitions and most performers still take them very seriously. Whistling is forbidden in theatres, as it may cause someone working above to release a piece of scenery at the wrong time, causing an accident. The colour green is also unpopular (in the age of morality plays green was seen as the colour of the devil), as is any mention by name of the word ‘Macbeth’. Famous for being a cursed play, due to a history of supposed catastrophes associated with past productions, it is apparently reversed by turning around three times to the right, then spitting. Bet you wouldnt see Sir John Gielgud doing that.

10) Foreign Superstitions
Of course, every society has its own unique beliefs. In Sweden you should never place keys on a table. In the United States, a two-dollar bill is considered to bring bad luck— as is a sub-prime mortgage. In many Asian countries the number four is considered the root of all evil: the Chinese word for four sounding very similar to the word for death. They take it so seriously that mobile phone numbers which contain a four are actually cheaper to buy  no doubt with even better offers if you want to buy four of them.

11) Good luck
It’s not all bad news: there are plenty of superstitions that bring good luck. Rabbit’s feet for example — the appearance of the rabbit in spring was seen as a sign of a good year for farmers. Four-leaf clovers were used by druids to locate and therefore avoid evil spirits. And of course horseshoes are probably still the greatest portent of good luck: blacksmiths are traditionally considered ‘lucky’ and possibly to even possess magical powers. And let’s face it, every one has a fully functioning lucky pair of pants… don’t they? 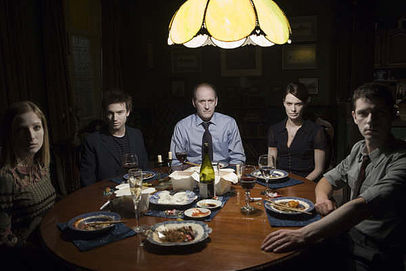 The Broken is available on DVD from Monday, April 6th.