Martin Scorcese has been waiting for his Oscar for Best Director a long time now – most would say too long – in what must be the most prestigious category at the Academy Awards. An Oscar for directing does not generally come from one amazing film, they normally have to be earnt from outstanding films and nominations over many years. This year presents us with just two directors who have previously been up for the award so all eyes should probably be on them. 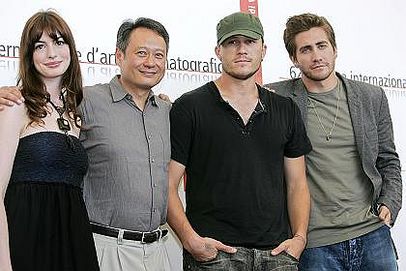 Ang Lee – Brokeback Moutain
The clear favourite. Morgan Freeman claims this film will win because it is ‘flavour of the month’ and he is probably right. What has often been refered to as ‘the gay cowboy film’ has been the kind of movie that audiences have heard plenty of praise about, even if they have not seen it. Lee’s Crouching Tiger, Hidden Dragon was nominated for Best Picture and Best Director in 2000 and he could easily see wins in both those categories for Brokeback. Of course, his trademark stunning landscape shots feature throughout the film and he has captured two fine performances from young stars. Predicted winner.

Bennet Miller – Capote
The fact that this is Miller’s first feature film following his award-winning documentary debut The Cruise (1998) gives some indication of his huge talent. For Capote, Miller fashioned a performance from Philip Seymour Hoffman that has seen him lead the pack in the race for Best Lead Actor. Miller could pull off the same feat as Sam Mendes did with American Beauty (1999) and win with his first full feature, but I would argue Lee is owed a victory after missing out in the 2000 awards. Close second.

Paul Haggis – Crash
Including his nominations this year for Best Picture and Original Screenplay for Crash, this is the fourth Academy Award nomination for Paul Haggis. He lost out last year in the adapted screenplay award for Million Dollar Baby and this year it looks like the screenplay award is his best bet for getting the chance to make an acceptance speech. While Crash is a very worthy race relations ensemble piece, it owes much of its impact thanks to clever editing rather than directorial skills. Up against tough opposition that will muscle it out of contention.

George Clooney – Good Night, And Good Luck
The account of veteran CBS reporter Edward R. Murrow and his producer Fred Friendly’s confrontation with Senator Joseph McCarthy at the height of his witch hunt for suspected Communists is an excellent one. Clooney captures the growing anxiety affecting the station as it attempts to bring down the senator who could ruin their lives. Perhaps a little too historical for some as it is not easy to follow if you do not know the Cold War context of the time. This is probably just a taster for future success for Clooney.

Steven Speilberg – Munich
Eleven nominations, two wins for directing. A new Spielberg film always catches the eye of the Academy, although this is his first nomnination since winning Best Director for Saving Private Ryan (1998). Munich has not proved to be the usual box office draw his films normally prove to be, perhaps because this is a very political film despite its action/thriller conventions. Spielberg struck gold when he got serious with Saving Private Ryan and Schindler’s List (1993), however Munich lacks that spark to give it the edge on the competition. Outsider at best.