There are few Hollywood heavyweights up for the acting honours this year leaving it quite an open race in theory. However, on closer inspection there are very clear leaders in both fields. Whoever wins can expect a massive boost to their film careers as international stars and a pick of the best roles at least in the short term.

Actor in a Leading Role 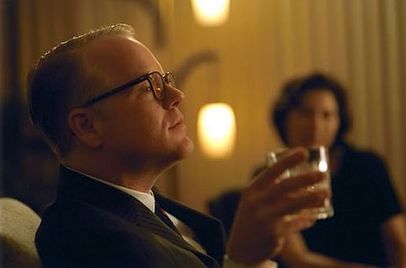 Philip Seymour Hoffman – Capote
Well it is looking likely we will see Hoffman win an Oscar this year. His role as novelist Truman Capote has been hitting all the right notes so far. Already the winner of a Golden Globe and several awards from groups of critics across America, he is also nominated for a BAFTA. A powerful performance and predicted winner.

Terence Howard – Hustle & Flow
After appearing in this year’s Oscar-nominated Crash (Paul Haggis), it looked like Howard was getting some recognition for his 22 movie roles and numerous television appearances. Then he went one better as a Memphis pimp and drug dealer dreaming of becoming a rapper. Howard brings depth to an intelligent young man clearly focused on his dream, yet also trying to deal with complex day-to-day relationships. Far from being simply an 8 Mile (Curtis Hanson, 2002) imitator or a dull copy like Get Rich or Die Tryin’ (Adam Sheridan, 2005), Hustle & Flow has been noticed because of Howard. He would be an unexpected winner.

Heath Ledger – Brokeback Mountain
Brokeback Mountain could easily sweep the Oscars this year with its eight nominations and in with a fighting chance for all of them. What may count against Ledger is his youth – the Academy like to pick actors in their prime rather than building up to it unless the performance is something extra special. Hoffman has done enough to ward off Ledger. Another time, perhaps.

Joaquin Phoenix – Walk the Line
If it isn’t Hoffman’s year, then surely it will be Phoenix on stage with a big smile. As Johnny Cash, he went one better than last year’s winner Jamie Foxx as Ray Charles in Ray (Taylor Hackford, 2004) – not only did he capture the spirit of a talented musician, he even sang the songs and played the guitar himself. Perhaps lacking the strong track record that Hoffman has had over the years, Phoenix will have to wait. An extremely strong contender.

David Strathairn – Good Night, and Good Luck
Certainly not to be discounted out of hand, Strathairn’s performance as CBS-TV newsman Edward R. Murrow has also been likened to a career-defining moment in the same way as Terrence Howard. The difference is that Strathairn has been around a lot longer before his first Oscar nomination, which may count against him. I seriously doubt he will be on at the top of many of the voting slips against such stiff opposition.

Actor in a Supporting Role 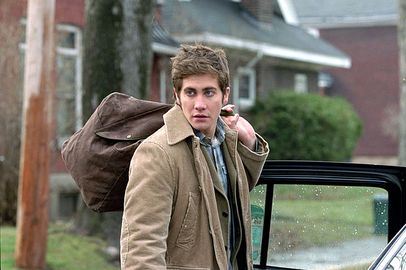 George Clooney – Syriana
George Clooney’s ‘other’ political film of 2005, Syriana, sees him up for his first acting Oscar. The former ER star plays a beleaguered CIA operative in this film criticising the global oil industry. Clooney is a strong candidate given his other nominations for Good Night, and Good Luck and will definitely be in with a chance. He may be let down by Syriana not being a high-profile commercial success that other films in the shortlist have, and so less talked about. An outsider.

Matt Dillon – Crash
A stranger to the glitz and glamour of Hollywood’s A-List, Dillon found the right part at the right time in Crash and has reaped the rewards. His racist cop was a key character in the ensemble piece and he produced a standout performance. This will do a lot to boost his status and kick start his career after a subdued few years. Surprising to see him on the shortlist, it would be even more surprising to see him collect a gold statue in March.

Paul Giamatti – Cinderella Man
After Sideways (Alexander Payne, 2004) performed so well at last year’s Oscars with Giamatti being overlooked, it is perhaps unsurprising that Giamatti gets a mention this year. Indeed, it could be his turn for a gong as the Academy have been favourable to Ron Howard films – Apollo 13 (1995) and A Beautiful Mind (2001) anyone? He often plays ‘real’ people in films, take for example American Splendor (Shari Springer Berman and Robert Pulcini, 2003) and Man on the Moon (Milos Forman, 1999), and here he does a worthy if unspectacular job as boxer Jim Braddock’s trainer. One of the favourites.

Jake Gyllenhaal – Brokeback Mountain
There may be a few raised eyebrows with Gyllenhaal in the supporting category while Ledger gets to laud it up with the lead nominees. It is a good indication that Gyllenhaal will be making an acceptance speech if Brokeback Mountain gets a win for Best Picture as one of the actors or actresses normally win as well. Since it is unlikely that Ledger would beat off the strong competition he faces, expect Gyllenhaal to be all smiles for his critically acclaimed performance as a gay cowboy. Predicted winner.

William Hurt – A History of Violence
Another real surprise inclusion. Not only has Hurt one an Oscar for lead actor, he has also been nominated twice for that award. Add to that his relatively minor and, some have said, misplaced role in A History of Violence and you have what looks to be a nomination for the quality of the film rather than the part, since it is not represented in any other of the top honours. A consolation nomination to add to his CV.