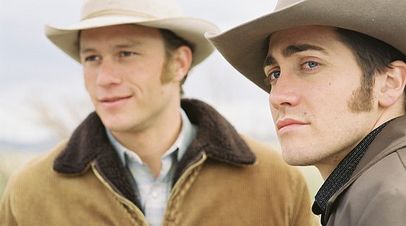 While none of the contenders this year have been a massive success at the box office, they have all received high praise from critics. The nominations combined may be the least commercially successful for a long time, but that shows the Academy is thinking with its head rather than producers’ wallets. Without an out-and-out crowd-pleaser such as past winners Lord of the Rings: Return of the King (Peter Jackson, 2003) or Gladiator (Ridley Scott, 2000) it will be interesting to see how the Academy votes this year. While the nominations go to the producers of the films, the directors generally get a large slice of the acclaim so much of the prediction will be focused on them.

And the nominations are…

Brokeback Mountain (Ang Lee)
Tackling any topic that may be considered a social taboo in terms of cinema is generally considered a brave move for any major Hollywood studio. Paramount was one of the main backers of this film and the presence of Ang Lee helped give the picture credibility in the face of any controversy a film about gay cowboys might induce. Multiple nominations are always helpful to judge how highly the Academy regard its nominees: Heath Ledger and Jake Gyllenhaal are up for nods in the acting stakes, as is Lee himself as director, so it looks promising it that respect. The clincher for Brokeback Mountain will be the fact it tackles homosexuality with respect and was not restricted to niche or art house markets. Most likely winner.

Capote (Bennett Miller)
Phillip Seymour Hoffman has been inundated with plaudits for his depiction of Truman Capote, the writer of acclaimed novel In Cold Blood. The film charts the researching and writing of that book about the brutal 1959 killings of a Kansas family. It shines a light on the thin divide between quiet, conservative American life and its violent underbelly, and is arguably the most popular film critically. Unfortunately it may suffer from not being a box office hit like the most of the other nominations. If it wins, it will largely be down to Hoffman’s performance. Capote is probably going to be overlooked in favour of Hoffman winning best actor.

Crash (Paul Haggis)
A well-written and extremely well-acted ensemble piece about race relations in Los Angeles. Written and directed by Paul Haggis, who penned multiple Oscar winner Million Dollar Baby (Clint Eastwood, 2004), Crash may be ignored because of its lack of a clear leading figure or stars to make it stand out among the other nominees. Sandra Bullock, Brendan Fraser, Matt Dillon and Don Cheadle are the main attractions who put in fine performances, but only Dillon has received a supporting role nod. Unlikely to win in the best picture category; expect a lesser accolade such as original screenplay or editing.

Good Night, and Good Luck (George Clooney)
It really could be George Clooney’s year with nods for Good Night, and Good Luck in best picture, director and original screenplay and a supporting actor nomination for Syriana (Stephen Gaghan, 2005). This documents broadcast journalist Edward Murrow and his producer Fred Friendly exposing Senator Joseph McCarthy in the 1950s. It is certainly a worthy historical subject as uses archive footage of McCarthy to add to its political and social importance. It might be a little too stylish and simplistic for its own good to land best picture. Another film more likely to find success in other categories.

Munich (Steven Spielberg)
Yet another nomination for a Steven Spielberg film, but I doubt he will be receiving another win for Munich. While it tackles both political and personal conflicts in the wake of the 1972 Munich Olympic murders when five men were chosen to assassinate those responsible, it is little more than a historical hit-movie. Granted Spielberg has done a good job in bringing it to screen so soon after War of the Worlds (2005), however it suffers from being a little too long and feeling more like a meandering extended director’s cut than the sharp political-thriller it seems to want to be. An unsurprising nominee for prestige.