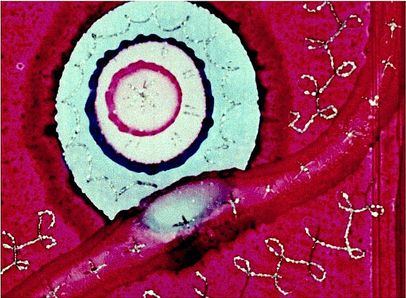 This 7 DVD box set has been created by The National Film Board of Canada and is released in the UK by Soda Pictures. It brings together experimental animator Norman McLaren’s entire film collection, alongside unfinished films, tests and fifteen documentaries on the man, his films and techniques and also on the process of restoration which the material underwent in order to meet the standard that this box-set presents it in. McLaren is one of the biggest names in animation and created a large and multi-award-winning body of work over a period of 50 years.

film seemed a much more exiting and expressive medium

Born in Scotland and after having developed a passion for art whilst at school, McLaren then attended the famous Glasgow School of Art in 1932, where he developed his painting skills. Soon afterwards though he discovered film, which seemed a much more exiting and expressive medium, one which could be used to break free from the constraints of painting and its history. McLaren’s talent was recognised at the 1935 Scottish Amateur Film Festival, presided over by the documentary legend John Grierson, and this led to him being invited to join the flm unit of the General Post Office in London. After several years there McLaren left to join the London Film Centre in 1939 but fearing the oncoming war he then emigrated to the US. Meanwhile Grierson had become head of what was to become the National Film Board of Canada and in 1941 McLaren joined him there and where he would continue to develop his techniques and create interesting, innovative and informative films for many years, also founding the Board’s animation department. 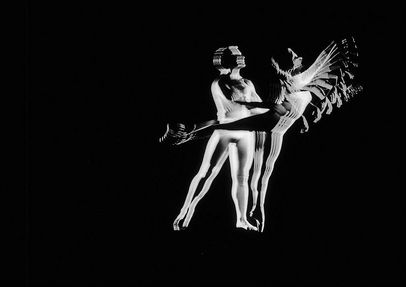 McLaren was influenced by painting and drawing styles and his early work involved painting directly on to film stock, a technique which he returned to several times. Early work’s such as Camera Makes Whoopee (1935) also showed the influence of montage, as used by the Soviet’s like Kuleshov and Pudovkin but McLaren once stated that when he first discoverd film, he realised that it was “the medium to express [his] feelings about music” an influence which is apparent in many of the films presented in The Master’s Edition. For example, the experimental abstract Begone Dull Care (1949) which offers colours, lines and shapes moving in conjunction with the melodies, rhythms and changes of the music played alongside it (by the Oscar Peterson Trio) or the dynamic dance film Pas de Deux (1968) which portrays two figures in high-contrast lit black and white, moving expressively to the strains of the Romanian Folk Orchestra. Both these films show how McLaren’s work is perhaps most typified by experimentation of techinque — the former containing “camera-less animation”, where unexposed film stock is painted upon, or overexposed film stock is scratched away, and the latter utilising an optical printer to replicate the image, making the dancers move ahead and behind themselves, their movements slurring and blurring as they find their way between held still poses.

McLaren’s work is perhaps most typified by experimentation of techinque.

McLaren’s work displays how he strived not just to create but to innovate and explore using avant-garde methods and a meeting of the playful, artful and serious, and this extensive and definitive collection comes as a very welcome documentation this. If one standout had to be picked from the collection, it might have to be Neighbours (1952), this comedic short gets across a fine moral message is the most surreal, clever and hilarious way — a genius example of a fine talent. 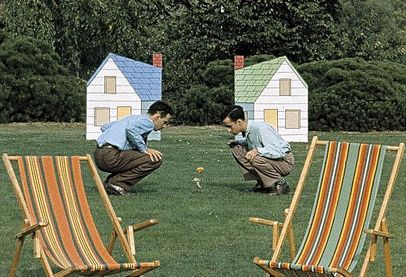