Marlene / Requiem for Billy The Kid on DVD

Park Circus, the leading distributor of classic and back catalogue
films in cinemas, are turning to the DVD market and their first releases are Marlene and Requiem for Billy The Kid – both out 20th July. 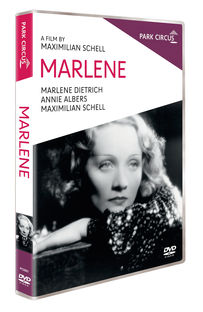 Marlene, a documentary about Marlene Dietrich, is directed by Maximilian Schell and was an Academy Award Nominee for Best Documentary Feature upon its release in 1984. Marlene is no standard movie star documentary though. It is a mystery story, a discourse on truth and fiction, a battle with a sacred monster, a caustic comedy of errors, and the story of the making of a film, all rolled into one. 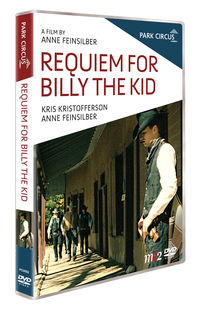 Requiem for Billy The Kid is a documentary by French film-maker Anne Feinsilber investigating the myth and legend of the American Western outlaw. Kris Kristofferson reprises his role from Sam Peckinpah’s timeless Pat Garrett & Billy The Kid to impersonate the outlaw as he rises from the dead to give his own account of events. Part poetic evocation, part road-movie and featuring fascinating interviews and footage from the classic film versions of the tale Requiem for Billy The Kid takes an entirely fresh outlook into the American West, both past and present. The ever-captivating American myth is revisited with a French twist and a zest of Rimbaud.

The DVDs can be pre-ordered here:

Requiem for Billy The Kid