He Said/She Said: The Diary of a Teenage Girl

Based on the novel of the same name by Phoebe Gloeckner, The Diary of a Teenage Girl offers a very honest, and very vivid, insight into the mind of a girl hitting adolescence with a vengence. Bel Powley plays Minnie, a 14-year-old who lives with younger sister Gretel (Abby Wait) and her divorced, party-loving mother Charlotte (Kristen Wiig playing it serious). When she gets involved with her mother’s boyfriend Monroe (Alexander Skarsgård) Minnie is initially obsessed by the discovery of sex and love, but soon finds life is more complicated. Mike Barnard and Laura Jones offer their views on the film. 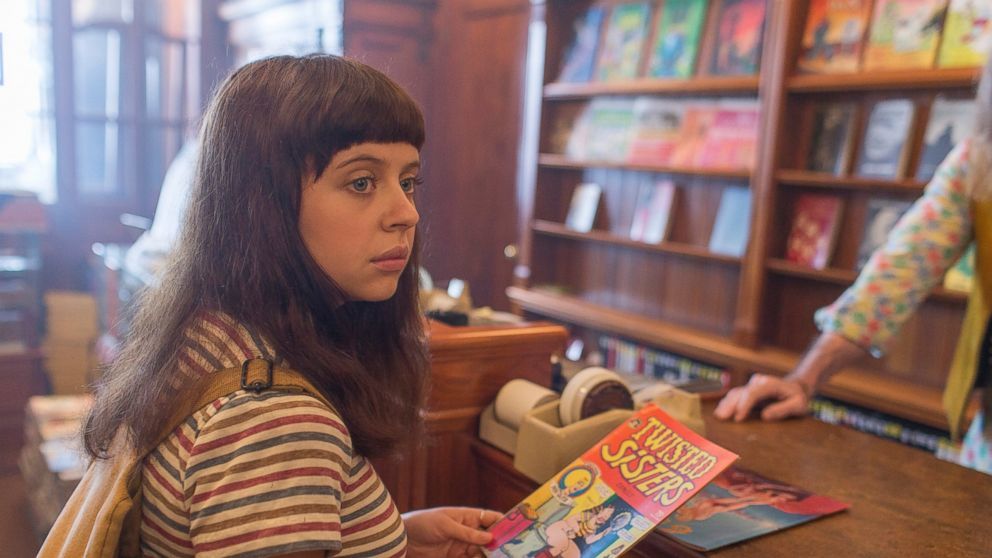 Powley’s performance captures that 14-year-old perfectly and you really root for her to get to the point she can understand her feelings.

He Said: “Although the premise for The Diary of a Teenage Girl sounds like it could be a formulaic American indie comedy that wants to poke fun at the quirky nature of some non-existent family, director Marielle Heller doesn’t hold back in making this a very adult movie. The casting of 23-year-old Powley as a girl nearly 10 years her junior means every sexual experience, while never explicit, is talked about in a candid manner by Minnie as she dictates into her cassette recorder, and, though the film is set in the 1970s, the feelings she vocalises are universal. The artistic Minnie enjoys putting her words into illustrations for an additional insight into her mind, and at times Heller animates these drawings for day dreams that allow Minnie to ponder on human interaction in a frank and honest manner.

“While these personal moments offer reflection on Minnie’s actions, it is watching her mis-step with her best friend Kimmie (Madeleine Waters) where the more typical indie flick scenes kick in - though the opposing repsonses of laughing and cringing at one point is far from a light-hearted gross out moment - while the real drama comes from Minnie’s secret relationship with Monroe which pushes her into isolation from her family and struggling to understand the complexities intimate relations brings to life. And while you might expect the latter to make Minnie impossible to like, Powley’s performance captures that 14-year-old perfectly and you really root for her to get the point she can understand her feelings. The plot may sound somewhat outrageous, however its dealt with such subtlety that you’ll be won over by Minnie’s naieve view of the world.” 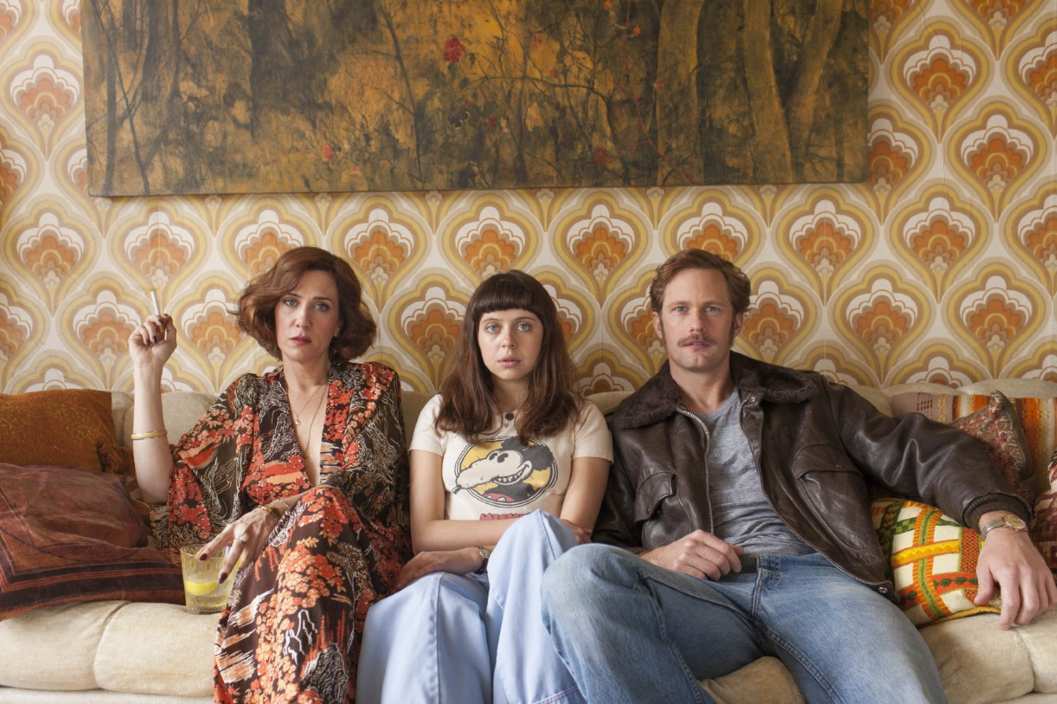 This film has a sad, uncomfortable blow job scene that rivals Killer Joe’s fried chicken in its cringe-factor.

She Said: “The most shocking thing about The Diary of A Teenage Girl was not its sexual nature. It was in fact its tone, which was so refreshingly non-judgemental for a film dealing with teenage female sexuality in all its glorious, messed-up technicolor. There has been much made in the British press over its 18 rating here (in the States it was given an R rating which means a fifteen year old can go see it with a parent or guardian, though would you want to?), reportedly due to its “strong sex scenes”. Note the quote, unquote. I feel it has been mis-sold to the public - these were not the most raunchy sex ever to be seen on the screen. Rather the sensitive nature of the sex scenes makes it more of an adult theme (exploitation of a blooming 14-year-old girl by an older, albeit immature, 35-year-old man). I felt that the drug references were more explicit, even more dangerous, to a young audience: take acid, grow orange wings! Cool! Smoke weed, collapse in laughter! Fun! Snort coke, dance all night! Sexy! 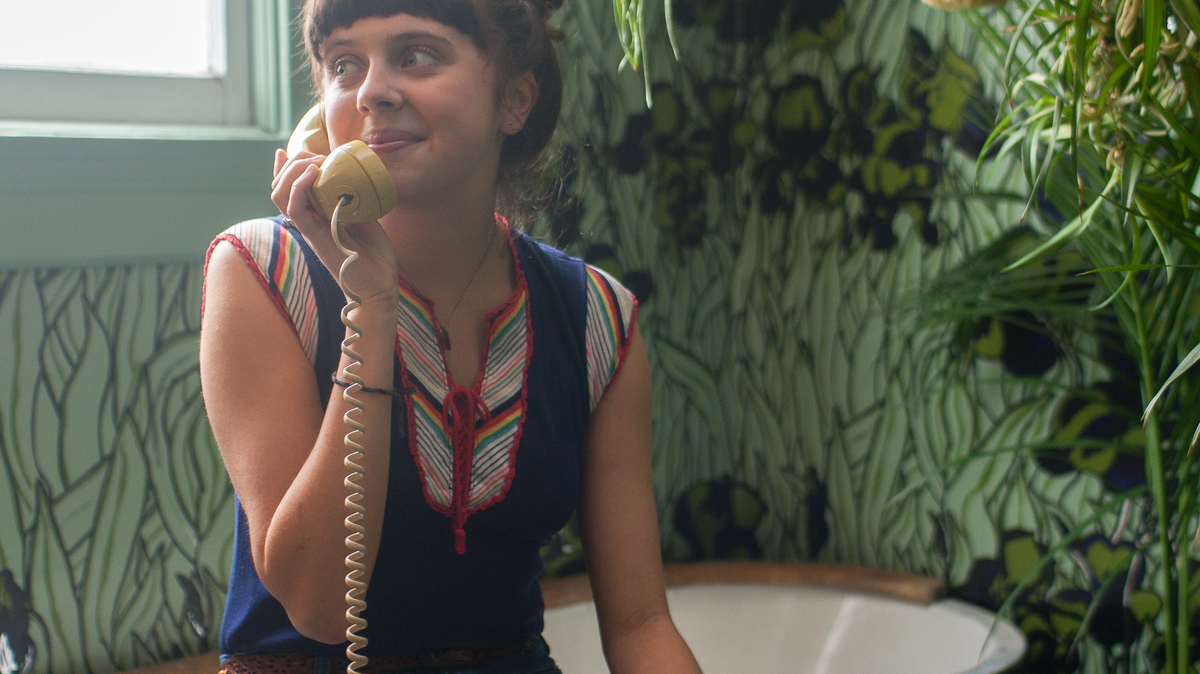 “The female cast are excellent, with Kristen Wiig playing, unusually for her, the straight woman and showing off her acting range. Newcomer Bel Powley steals every scene, oscillating between sullen and wide eyed enthusiasm that never once became grating. Her friends and sister (Kimmie and Gretel) are well-rounded, supporting characters, even if they revert to stereotype at times. Somewhat 2D is the character of Monroe, a cardboard cut-out deadbeat boyfriend, but I can’t help but feel this is intentional as he is not meant to be an attractive proposition to the audience (notwithstanding actor Alexander Skarsgård’s naturally attractive good looks), and the writers, Phoebe Gloeckner and Marielle Heller, more than make up for complexity of male characters in Bel’s step-father Pascal: an intelligent, unusual university professor who loves to psychoanalyse people, and some of the film’s best laughs come from his short, unpredictable scenes.

“The film’s release is perfectly timed when we are re-embracing the seventies in a nostalgic haze. The denim dungaree flares, platforms, skinny tshirts and afghan coats are not a million miles away from what can be found in Topshop at the moment. The vintage soundtrack is authentic, and the illustrations in the style of cult graphic novelist Aline Kominsky, who Minnie befriends in a letter, emphasise the city’s reputation as an artistic melting pot at that time. The fictionalised Kominsky ends the movie by telling Minnie she can do whatever she wants to do, which is good advice whatever your age or gender.”

She Said by Laura Jones.