Editor's Top Films of the Year

Better late than never – here’s our Zap Bang! editors’ runs down of the films of note for them in 2010…

I Am Love – an immense Italian crumbling-family drama built around Tilda Swinton’s complex matriarch (pictured). With a wondrous score from John Adams.

The Social Network – cracking dialogue, great performances and a fantastic exploration of human interaction. Plus the most dramatic and exciting code writing sequence that will probably ever be committed to film… 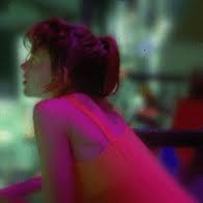 Also awesome but just missing out on the list were Inception, A Prophet, Bad Lieutenant: Port of Call New Orleans, Kick Ass, White Material, Double Take and The Road. And ones that probably could have made it but for the fact I didn’t get to see them include Uncle Boonmee, My Son, My Son, What Have Ye Done, Trash Humpers, Scott Pilgrim vs The World, and, particularly, Gaspar Noe’s Enter the Void (pictured).

The Social Network – David Fincher follows up The Curious Case of Benjamin Button with a fast-paced, recent history lession about the website that has changed the way we communicate not just with our friends and family, but even bars, banks and food manufacturers. The story of Facebook founder Mark Zuckerberg is sharp, witty and an eye-opener. Excellent performance from Jesse Eisenberg too.

Four Lions – the subject of suicide bombers hardly conjures up comedic material, but Chris Morris rarely shirks from a challenge and his tale of British jihadists attempt to fulfil their dreams of changing the world is a typical display of his ballsy humour. Don’t mistake this for bad taste, it’s a critical entry to modern cinema classics. (pictured)

Inception – Christopher Nolan does a blockbuster the only way he can: by turning the world not just on its head, but in other people’s heads. His action thriller sees Leonardo di Caprio mess with the minds of others in a non-stop actioner which will leave you thinking.

Piranha 3D – Ok, no it’s not big or clever (well, some things are big), but Alexandre Aja proves that you can do low brow entertainment with a glossy finish. The combination of maximum human flesh on display followed by the mauling of said flesh by maradering piranhas in gloriously trashy 3D makes for a horror cult classic. (pictured)