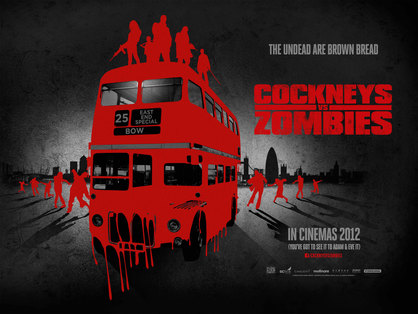 Cockneys vs. Zombies comes to cinemas this Friday (August 31st) showcasing the best of both old and new talent from the East End, including Alan Ford – one of the most recognizable cockney actors of the gangster genre.

This zom-com focuses on two hapless cockney brothers (Harry Treadaway and Rasmus Hardiker) who are so determined to save their granddad’s (Alan Ford) care home that they attempt to rob a bank. They emerge from the heist to find that the East End has been infested by zombies and have to fight and fumble their way across London to save the plucky pensioners who have found inventive ways of their own to stave off the attack!

To celebrate the release of Cockneys vs. Zombies, we take a look at legendary cockney gangster actors who have proved that crime does in fact pay when it comes to criminal roles.

!(feature_l)http://relayer.s3.amazonaws.com/articles/spreads/503cbd9d0126bb0002000061.jpg! Michael Caine
Maurice Micklewhite, otherwise known as Michael Caine, is amongst the greatest British actors in living memory and has an accent almost as well-known as his greatest performances. After his breakout role in war-epic Zulu (1964), Caine starred in sixties classics The Ipcress File (1965) and Alfie (1966) before forever epitomizing the role of the Cockney gangster in masterpieces such as The Italian Job (1969) and Get Carter (1971). Caine claimed to chain-smoke at least 80 cigarettes a day early in his acting career and states that he only quit after receiving a stern lecture from Tony Curtis at a party in 1971.

!(feature_r)http://relayer.s3.amazonaws.com/articles/spreads/503cbded0126bb0002000062.jpg! Lenny McClean
Born in the East End, Lenny McClean grew up around conmen and criminals such as his great-uncle, local gangster Jimmy Spinks. Before becoming an actor he was known as the best street fighter in Britain, achieving 3000 undefeated matches in his career, and earned his nickname “The Guv’nor” after running a pub of the same name with Charlie Kray, older brother of the notorious Kray twins. McClean started acting after being introduced to an agent by Mike Reid, who he was “minding” at the time, and earned immediate acclaim by starring in Fifth Element (1997) and Lock, Stock and Two Smoking Barrels (1998).

!(feature_l)http://relayer.s3.amazonaws.com/articles/spreads/503cbe120126bb0002000063.jpg! Bob Hoskins
Known to be one of the most brutally frank actors to interview, Bob Hoskins is not one to hold back in his role choices either, appearing in films from Who Framed Roger Rabbit? (1988) to Nixon (1995). Hoskin’s breakout role came in the form of London-based gangster movie The Long Good Friday (1980) and followed with gritty crime drama Mona Lisa (1986). His respected gangster credentials famously almost gained him a part in The Untouchables (1987) before Robert De Niro took the role. Hoskins was given £20,000 by director Brian De Palma for being a “great standby” to which he responded: “If you’ve ever got any films you don’t want me in son, you just give me a call!”.

!(feature_r)http://relayer.s3.amazonaws.com/articles/spreads/503cbe790126bb0002000065.jpg! Ray Winstone
London-born Ray Winstone’s affinity with gangster roles has paved his way to Hollywood in recent years. Achieving acclaimed performances in home-grown gangster films such as Love, Honour and Obey (2000) and Sexy Beast (2000), Winstone began playing similar roles in successful American thrillers such as Ripley’s Game (2002) and The Departed (2006). He has since appeared in big budget movies, namely Cold Mountain (2002), Indiana Jones and the Kingdom of the Crystal Skull (2008) and Hugo (2011), yet still finds time to return to his roots in films like The Sweeney (2012) based on the British TV series where a 19-year-old Winstone had one of his first roles.

!(feature_l)http://relayer.s3.amazonaws.com/articles/spreads/503cbeac0126bb0002000066.png! Alan Ford
Despite not acting on screen until 1973, Alan Ford more than made up for lost time by appearing in some of the most popular movies of recent years. With Guy Ritchie’s fresh approach to the British gangster film, Ford’s memorable turns in Lock, Stock and Two Smoking Barrels (1998) and Snatch (2000) launched him into audience’s minds as a volatile character. However he has proved to be an excellent comic actor in the past after appearing in Knowing Me, Knowing You… With Alan Partridge (1994). Ford has tied these qualities together perfectly for his upcoming role in horror comedy Cockneys Vs. Zombies (2012) where Ford plays the leader of a group of foul-mouthed, plucky pensioners who have to fight off a zombie attack in the East End.

_Cockneys vs. Zombies is in cinemas from Friday, August 31st. Read our review here