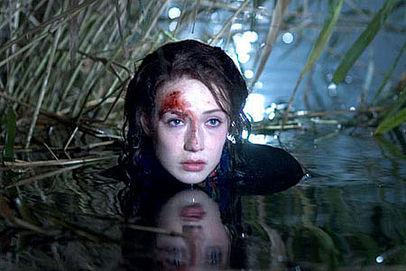 Paul Verhoeven makes a return to filmmaking in Holland after 23 years and produces one of his most acclaimed films. This World War Two drama has already been the winner of such awards as best international film at the Venice Film Festival and taken three top honours at the Netherlands Film Festival including best picture and best director. This should be a real treat.

…an epic tale of great courage and fierce emotion…

This well-praised film is a moving story of young Jewish singer Rachel Steinn (Carice van Houten) who joins the resistance in The Hague and gets entangled in a deadly web of double-dealing and betrayal. This sexy thriller from blockbuster director Verhoeven is an epic tale of great courage and fierce emotion – played out against the dying explosive months of World War Two. It also stars Sebastian Koch and Thom Hoffman.

Black Book has been released in many parts of Europe, but will not reach the UK or USA until January and March respectively. You’ll be glad to hear that zap! bang! Magazine has already been treated to a sneak preview, and our review will appear in the New Year. Until then, to whet your appetite, follow these links to the trailer: