Most people do these lists in December or early January, but we’ve only got round to publishing ours now — and by this time we’ve already had very strong contenders for both best film and best album of the year 2009 lists, in the shape of Darren Aronofsky’s The Wrestler and Animal Collective’s Merriweather Post Pavilion. We even picked The Wrestler in our 2009 preview bits but hey.

Anyway, here’s what some of us here had to pick from the year that was 2008: 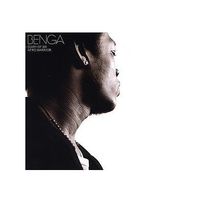 Benga Diary of an Afro Warrior
Overplayed but a seminal album which helped push dubstep into the spotlight for clubbers.

Flying Lotus Los Angeles
A spellbinding journey through LA which acts as a more chilled base to his electric live shows.

Crystal Castles Crystal Castles
A promising debut which may be padded out slightly by filler but shows the first signs of future brilliance. Let’s hope they can make good on their initial efforts.

FILM
_*There Will Be Blood*_ 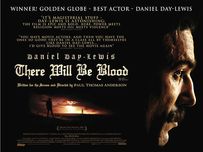 _ In Bruges _
Colin Farrell and Brendon Gleeson’s turn as hitmen hiding out in Belgium is an unexpected comic masterpiece chock full of insightful references and outlandish behaviour.

_ Gomorrah _
The criminal underworld in Naples is given a strip search in Matteo Garrone’s gritty depiction of thugs getting their own way and youngsters shooting their way into trouble.

_ No Country for Old Men _
The Coen Brothers finally got back to top form as Javier Bardem enthralled audiences as a no-nonsense killer.

_ The Dark Knight _
The resurrection of the DC Comics franchise continues as Christopher Nolan provides the late Heath Ledger with a platform to become an iconic movie villain as Christian Bale cements his place as arguably the best Batman the big screen has seen.

Tom Inkelaar:
MUSIC
Rather than listing a similar, admittedly very good, top records of the year to those featured in almost every list going (Bon Iver, Elbow, Vampire Weekend, Fleet Foxes, etc), here’s an alternative five you may have missed:

Cryptasize Dig For Treasure
A sweet, playful and strange record released on Sufjan Steven’s label. Listening to it is like panning for gold as unexpected shifts in tempo and structure reveal joyous nuggets of melody and harmony. 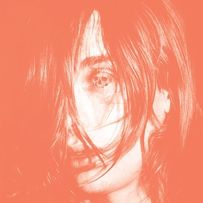 Deerhunter Microcastle/Weird Era Cont.
Prolific singer Brandon Cox had already released one solo record as Atlas Sound in 2008 before his ‘day job’ unleashed Microcastle onto the world. The sessions were so fruitful a whole bonus LP (Weird Era Cont.) was included at the last moment. Neither record feels superfluous, and the distorted, droning rock veers between ambient, jazz, Motown and post-punk influences without sounding fractured.

Black Mountain In The Future
Unashamedly retro they may be, but these Canadian’s second LP was imbued with enough melody and heavy, stoned groove to sound like a lost classic from any year.

Beyond the Wizards Sleeve Ark
A compilation of the best of 4 very limited 12” releases featuring re-edits and remixes by DJ/producer Erol Alkan and Richard Norris (The Grid). Featuring Hungarian psychedelia, Indian krautrock, the Beatles and John Peel stretched, contorted and layered with countless others to produce fun, sometimes heavy indie dance party music.

Thomas Function Celebration
Alabama natives TF’s debut is a mix of idiosyncratic vocals, organ-drenched garage rock and infectious pop melodies, all played out away from mainstream press. Though with songs as good as “Snake in the Grass” they may not be that way for long.

FILM
_*No Country for Old Men*_ 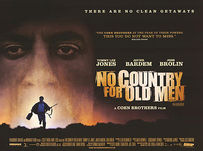 A near peerless adaptation of Cormac McCarthy’s brutal, sparse novel, and possibly the Coen’s strongest film to date (certainly their best in a while). The pace and tone were spot on and the casting perfect — the character of Anton Chigurh could so easily have been overplayed and parodic, especially with that haircut, but it was a measured performance of subtle menace by Javier Bardem.

_ The Dark Knight _
The sudden, tragic death and intense performance of Heath Ledger dominated and almost overshadowed this film, but Christopher Nolan’s dark, rich direction and an excellent all-round cast made for a fine big-budget picture, with or without this.

_ Wall-E _
As with most Pixar films this worked on dual levels (child entertainment, adult parable) achieved by somehow bestowing empathy and cuteness into such unlikely items as a cockroach and a refuse-robot and a stunning, almost wordless first act on a post-apocalyptic Earth. 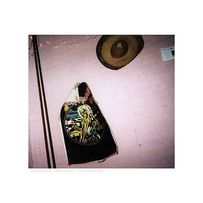 Harvey Milk Life…The Best Game in Town
A hailstorm of sludge to revel and crawl about in for ages without getting bored.

Excepter Debt Dept
As with its creeping, simmering tracks this album turned into a real grower. And interestingly it built itself up not just via repeat plays but also in the thinking time in between…

There’s plenty of things that’ve impressed me in many ways but not quite jumped higher than the others to steal my ears hearts away (and incidentally i’m still reeling from my Guapo disappointment). Here’s a few of them:
Racebannon Acid or Blood
Kayo Dot Blue Lambency Downward
Bonny ‘Prince’ Billy Lie Down In The Light
Alan Licht and Aki Onda Everydays
Joan As Police Woman To Survive
Asva What You Dont Know is Frontier
Earth The Bees Made Honey in the Lion’s Skull

FILM
_ There Will Be Blood _
This should have won more Oscars — the Coen’s No Country is a great genre pic but this is a true classic. 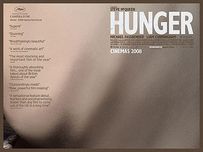 Making Christian Bale’s Machinist look like fat and lazy, Michael Fassbender is outstanding — yet the praise is by no means all his — much credit Steve McQueen for direction and Sean Bobitt for cinematography. Powerful stuff indeed.

_ 4 Months, 3 Weeks and 2 Days _
Released way back in the cold beginnings of the year was this stark, clinical abortion story with its raw but deep emotion. A Cannes 2007 victor for good reason.

_ The Diving Bell and The Butterfly _
A stunning adaptation of Jean-Dominique Bauby’s autobiography exploring the man’s devastating and fascinating life story, full of real humanity both comic and torturous — though ultimately pretty heartbreaking.

_ Juno _
Interesting, cool, funny, intelligent and very watchable, with a great soundtrack — there didn’t have to be something upbeat and colourful on the list but this was screaming out so here it is.

Closely following these (and on the list another day) are Gomorrah, No Country For Old Men, Sweeney Todd, I’ve Loved You So Long, The Dark Knight and Waltz with Bashir. And probably some others.

So what of the year ahead, now already upon us? In 2009 we are mostly awaiting or predicting fun from:

Tom Inkelaar:
!(feature_r)http://relayer.s3.amazonaws.com/articles/spreads/4c964a66c1531723a0000c68.jpg!Bat For Lashes second LP, Two Suns, features a duet with the enigmatic recluse Scott Walker and a collaboration with New York’s psyche-folk oddballs Yeasayer, whose own All Hour Cymbals was a highlight of 2007. Other than a new Joanna Newsom record, this could be one of the most interesting and appealingly strange releases by a solo female in the next year. See also Florence and the Machine, whose debut will not boast collaborators like Natasha Khan’s, but is eccentric enough to avoid major-label blandness.

Achievement vs hype — Early year polls of success in 2009 have often featured two distinct camps of artists; electro girls and boys (Little Boots, La Roux, Dan Black, Frankmusic, etc) and the lo-fi, treble-y and homemade sounds of Wavves, Vivian Girls, Jacuzzi Boys, etc. The former will probably have the charts and sales sewn up and the latter the blogosphere vote. But it will be interesting to see if any will produce the goods and whether they’ll make it to 2010…

The Wrestler — Darren Aronofsky’s return to form after the intriguing but ultimately flat and underwhelming The Fountain should restore some of the promise of his earlier indie-arthouse Pi and Requiem for a dream. Mickey Rourke’s performance of a wrestler grasping for past glories is tipped for an Oscar in a role that at times echoes his own fall from grace.

Four Lions — Chris Morris’ satire of a jihad terrorist cell in Birmingham was turned down by the BBC and Channel 4 due to its content, before being picked up for production by Warp films who funded his short film My Wrongs #8245-8249 & 117 (which won a BAFTA). Morris told The Sunday Times that the film will seek to do for Islamic terrorism what Dad’s Army, the classic BBC comedy, did for the Nazis by showing them as “scary but also ridiculous”. 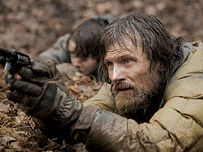 The Road — Another Cormac McCarthy adaptation, this time of his vision of a dystopian USA as travelled by a man and his son. It stars Viggo Mortenson and is directed by John Hillcoat (The Proposition) and should translate well, if bleakly, to the big screen.

Philip Hoile:
The greatest months of film in cinemas as awards season beckons we’ve got Milk, The Wrestler, Benjamin Button, Revolutionary Road, Frost/Nixon, Slumdog Nillionaire, Gran Torino and the Ches to name quite a few.

Elsewhere ones to look out for are Nordic Vamp flick Let The Right One In, powerful talk in The Class, more Alan Moore in the form of The Watchmen, the return of Jennifer Lynch with Surveillance, more Coens with A Serious Man, more Cormac McCarthy with John Hillcoat’s The Road and there’s Tarantino’s probably disappointing remake Inglourious Basterds on the way too.

The leftfield recommendation for the near future comes in the form of _The Good The Bad and The Weird_— Kim Ji-Woon’s epic, hilarious, bloody, madcap Asian Spaghetti Western. Noodle Western anyone??

Hopefully not far away from the UK’s small screens is Season 2 of Mad Men. Because what we really want to look forward to in 2009 is something to replace The Wire. This wont be it, and probably neither will Ed Burns and David Simon’s Iraq-set Generation Kill but both promise much none the less. 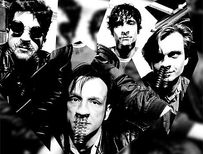 Musically, it appears I’m wide open. Though bring on The Jesus Lizard and Sleep reformations.