Scottish photographer and director Drew John Barnes has worked on adverts featuring David Beckham and linked up with music stars such as Ty, Dollar $ign and Enter Shikari. His latest project is ‘5 Questions’, conversations with various artists speaking about inspiring subjects, revealing a more intimate side. We caught up with Drew to find out more about his career so far and the ‘5 Questions’ project.

I thought it would be crazy not to share these stories. If they inspire me, surely other people could be inspired too?

How did you get into photography? Was there a photographer or moment that inspired you?
I started to take more photos when I got a Sony Ericsson phone I would take photos on my long walks home from School. I had a long time where I did nothing with it. After some time I took an up a night course at University of the West of Scotland which then lead on to a course at college. Yeah, I didn’t ever shoot anything to do with music until I came across a Photographer called Tom Barnes, I used to see him follow artists and take photo’s for artists press shots, I couldn’t believe someone could get paid to work with your favourite artsits. After that, I started to follow in his footsteps and work with local artists and before I knew it I was working with the same artists.

Can you tell us how you’re learned how to be a photographer?
Studying did help for a good few of the technical parts. A few youtube videos these days can take you a long way if studying at university or college isn’t for you. Most of it came from following in the footsteps of people who inspired me, I started working with a few local established photographers and most of going out myself and learning first hand. The more you go out into situations that are hard and force yourself to learn on the spot the quicker you will get there.

In the digital age, everyone thinks they are a great photographer. What would you say makes a great photo? Can you give us a few pointers?
This can be true and to be honest, it’s a good thing. It only pushes those who want to truly create and make their mark work harder and push themselves creatively to places we would have never gone to before. I would say timing is a mega part depending on the subject say live music photography with the right lighting and the right the artist is looking sharp and in the moment is what you want. If your shooting in a controlled situation I would say for me even if it is iPhone or the top DSLR it’s all about the framing first then lighting.

These are my best pointers for iPhone photographers out there and those who want those Instagram shots your friends can’t get enough of: change your frame mode to square, add the grid feature and when you take your photo if you want it sharp and tap where around the screen to get light where you need it and meet half way to expose the whole shot perfectly. Then, if you’re really going for it, download VSCO and filter that bad boy up because they are the best filters on the market by far.

Of your photography work, what are you most proud of?
I would say when I first photographed top runway fashion model Amanda Hendrick, this was one of the first shoots I really started to play with flash in the way I love to shoot. The company I was shooting for was very relaxed which creatively enabled me to shoot the style I felt best which realistically has developed into what style I shoot most today.

You’ve worked in video directing. How did that come about?
That really came from working so close to it now with the technology. It started to come about not long after DSLR’s had HD video added to them. I would get clients and artists that would ask for some sections or things to be filmed quickly which at first I wasn’t really open to. What I learned and I am still learning is that as a creative or an artist the lines can be very blurred between all art forms.

Who have you most enjoyed working with as a video director?
I would say MOBO award winning Ghanaian artist Kobi Onyame we have worked on a good few projects together and have that relationship where we can creatively bounce back and fourth or call one another at 4 am with an idea then just go for it. It is very important to have a good connection when both parties are trying ultimately to reach the same goal to artistically match one another so the visual reflects the music.

How has this impacted on your photography?
I have a style which I like to shoot photography in and I feel that with video I still embody some elements of my photographic past. I may not shoot stills as often as I used to, however, the style I have for photography is carried through in video. With directing, the storytelling is as important as making sure it visually makes sense. It is very satisfying to create moving images and still images both are so visually linked. Both processes are just as exciting as the other, in terms of being able to go from one job to the other whether it is photography or video. Being excited about it is really what every artist wants, no matter what media they are using to create it. 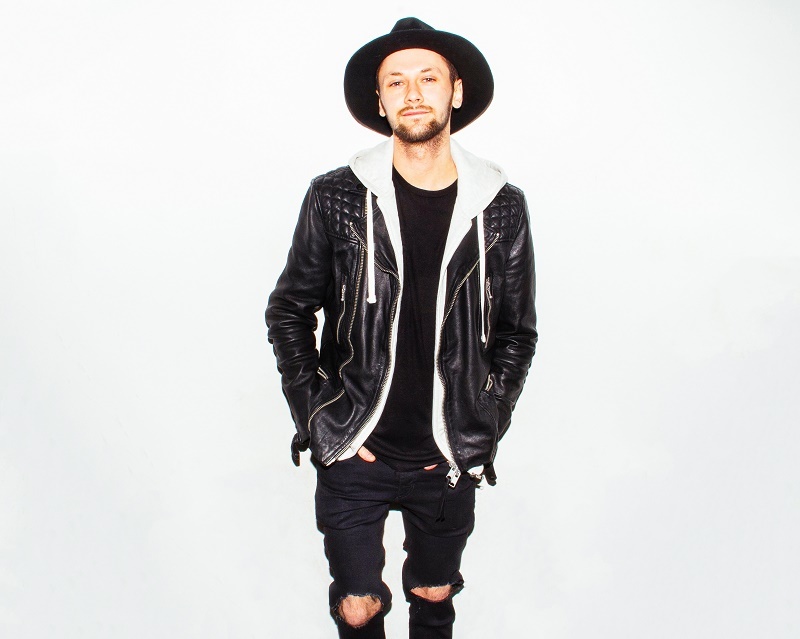 Tell us about your latest project ‘5 Questions’. What’s it about and how did you come up with the concept?
It is basically a simple interview concept between me and the artists I meet along my journey in the industry. Where I ask ‘‘5 Question’s’’ which are un-scripted. Trying to capture someone be it photography or video I always feel like you get the best out of the shoot if you try and relax what can be a very short and formal moment with conversation. I realised that it’s that instant connection or lack of which can make or break your work and I thought that in itself was totally inspiring. At the end of the day, you are a creative just like them with the same struggles, thinking process and unconventional goals.

I would quite often find myself having candid conversations about their journey or discussing crucial points in their life that lead them to do what they do. This excites me but I think really it’s the importance of these individuals journeys and that they share themselves with the world that interests me the most. I thought it would be crazy not to share these stories. If they inspire me, surely other people could be inspired too? The struggle and determination of some of these artists are so motivational. Quite often people don’t hear their stories in a standard interview because the focus is on their latest project or most recent sensational media incident.

I really just wanted to create a series of filmed conversations where it was nothing but them and their story. So, I guess my inspiration was to inspire others with the unbelievable moments I have been fortunate enough to have with some incredible creatives”

Who did you interview? Can you tell us a bit about the responses you got from them?
I have had Grammy Award winner Fatmanscoop, DJ Prospect who’s opened for everyone from Drake to Nas and even played one of Justin Bieber private parties, Ryan Hassan a well-toured drummer who’s shared the stage with Clean Bandit, Kid Ink, Tinie Tempah and many more. To be honest, Fatmanscoop had a really interesting story I never knew how he started from his job at ‘‘Nobody Beats The Wiz’’ an electronic store and working in a hospital cleaning the bed sheets and how it was P Diddy who really helped shape scoop into the legendary Hype man he is today.

DJ Prospect had a great story of how one time he was playing live and someone spilt a drink over his decks and he had to play without them. Kobi Onyame goes into how the future of the powers that be may no longer have such a say with the new voices and the independent artist is becoming stronger than ever. He also went on to say how people are going to gravitate to content that matters.

What’s your plan for ‘5 Questions’?
As long as I continue to meet successful, talented and creative people, I will continue the project. I have some plans for it in the future but for now the format works and feels right.

How will you judge if ‘5 Questions’ has been a success or not?
I would say, even if only one person tells me they were inspired by it that’s all that matters.

How is the rest of 2017 shaping up for you?
It has been a busy start, I have just finished working with an artist who I can’t reference but they have sold over 35 million records to date, which is a good client to start with. I am looking forward to a busy year working on more interesting projects.

Finally, when January 2018 comes round, what do you hope to have achieved?
To have created content out that has made a mark in modern society and youth culture.

Visit drewjohnbarnes.com for more information about Drew Barnes and his work.