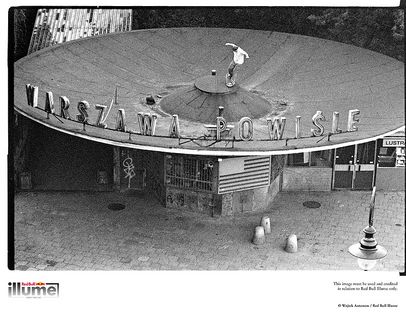 Red Bull Illume is the world’s premier action and adventure sports photography competition. After a highly successful inaugural event in 2007, the 2010 Image Quest is well under way with 4,337 photographers from 112 countries registered to the website and 22,764 images submitted to the competition — three times more than the amount entered in 2007.

A world-class panel of photo-editors has been assembled to judge this record number of submissions. Forty-nine photo editors from respected picture-desks in 26 different countries will leaf through the biggest collection of freesports images ever gathered. Following a pre-selection process, the jury have the challenging task of selecting the best 50 images from 10 categories. They will use a democratic online voting system based not only the images’ technical superiority and composition, but also their impact, spirit and artistic flair.

Judge Peter Taras from Surfing Magazine said: “You’re looking for those five images that really jump off the page in each category. You’e looking for how hard it was to get the shot, the composition, the light, the creativity, spirit, emotion of the subject, the thought that went into the image. Right off the bat youre hyper-analyzing each image.”

“Red Bull Illume opens your eyes to what many like-minded creative people are doing documenting different sports,” added John Scarth from Snowboard Canada Magazine. “For the viewers of the event, it’s probably the best assembly of action sports images ever seen.”

The jury have the challenging task of selecting the best 50 images from 10 categories.

The judges will choose a winner for 10 categories: culture, playground, energy, spirit, close up, wings, SanDisk sequence, new creativity, experimental and illumination. The winners will be announced in early summer in 2010. The overall winner will receive a Leica S2 camera and equipment. Check out the website www.redbullillume.com for regular updates on the judging phase as well as news, interviews and videos.